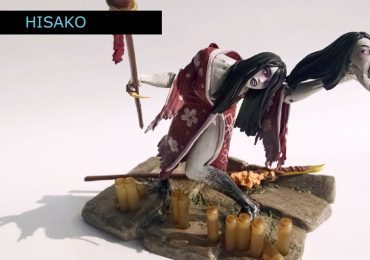 To celebrate the recent announcement of Season 3 characters being added in Killer Instinct, Ultimate Source has decided to finally release the first set of Killer Instinct action figures depicting various fighters from the game. The first wave of figures will comprise 4 characters: Jago, Sabrewulf, Hisako, and Fulgore.

The figures will be made of high-quality plastic with their design being based on actual 3D models taken from the game. What this means is that they will be highly detailed, almost identical copies of characters seen in the game. Their size will vary, with some characters such as Fulgore being over 7 inches (~18cm) while Jago would be around 6 inches (~15cm).

The number of articulation points will also vary, with some characters such as Fulgore having as much as 10, while others will be more or less static, such as Hisako. However, Hisako comes with an interchangeable head, which might not exist for other figures. Every character comes with unique abilities, whether it be bonus content included in the box or electronics used for various reason. All of the characters will also come with a specially designed character specific base for posing, with Hisako it being a Japanese themed cobblestone street, for Sabrewulf a street with sewers, Jago standing on a river bank, and Fulgore standing on a metal walkway. All of the figures will also include a bonus code that can be redeemed in-game for bonus content, this time it being an EXCLUSIVE Color 10. 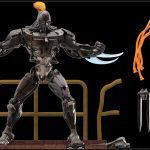 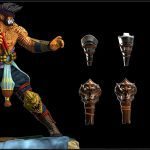 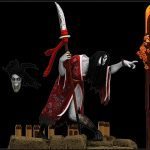 The prices of the Killer Instinct action figures will vary based on their complexity, with the approximate prices being between $20 and $50, the more expensive being the ones with electronic parts. Ultimate Source has listed www.ultimatesourcekillerinstinct.com as the shop where orders can be made, however, it is currently not possible as the store says it would open soon and requires a password.