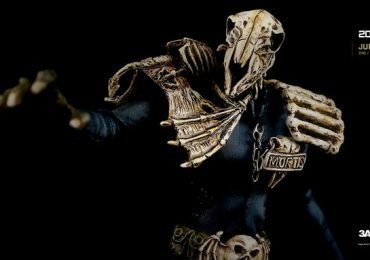 The Judge Mortis Action Figure From 3A is Looking Awesome

2000AD and the ThreeA toy manufacturer have joined forces to bring fans worldwide the latest addition to their line of Judge Dredd Characters. This time, it’s Judge Mortis, as created by Alan Grant, John Wagner, and Brian Bolland.

Bolland’s iconic design was used to the fullest, with the Judge Mortis action figure being made in incredible detail, with each bone crack visible, including bone decay painted to comic book quality. The figure is 1/12th in scale making it approximately 6.6 inches in height (~17cm) and is fully articulated, making it ideal for posing and/or various scenarios collectors might conceive. The clothing is highly detailed as well, with the outfit being made of faux-leather, specially tailored including even tiny tatters. Also included are 6 interchangeable hands, all 6 being made with flesh and skeleton wounds and long detailed fingernails. All of these factors make the figure incredibly creepy and eerie which befits Judge Mortis, and should bring joy to all Judge Dredd fans out there who are familiar with the character. The figure’s design and color might differ when released. 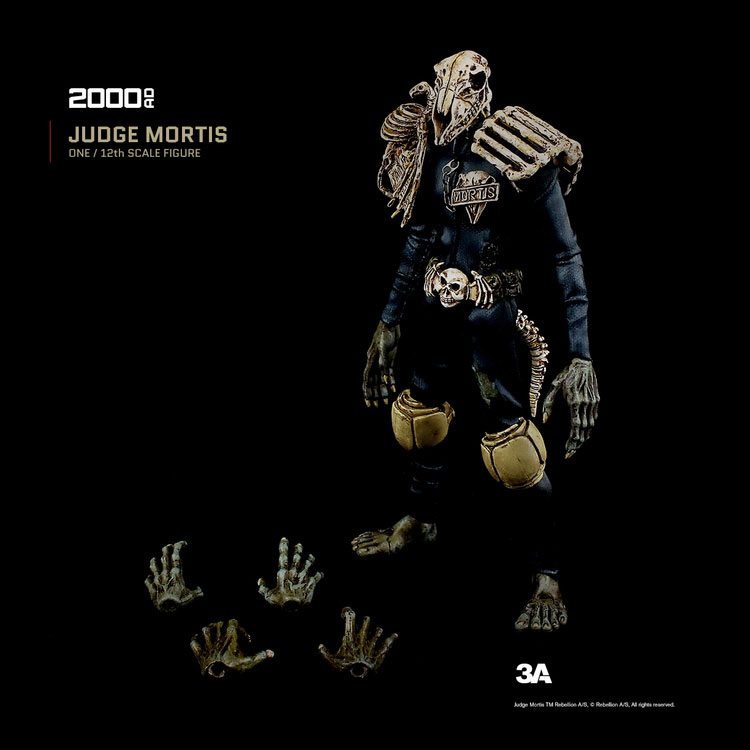 The price of the figure will vary between $59.99 and $65, based on who you choose as a retailer. For now, the figure can be pre-ordered through Entertainment Earth. The figure’s estimated shipping date is sometime in quarter 4 of 2016, depending on where you choose to preorder. The action figure will definitely look amazing when combined with other figures from the series, including Judge Death, Judge Fear, and Judge Dredd. There are currently no pieces of information at all regarding a possible release of Judge Fire, the fourth of the Dark Judges, but it is good knowing that the Dark Judge collection is almost completed, and in such high quality.