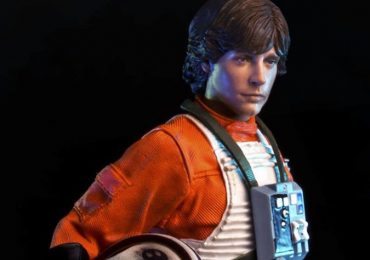 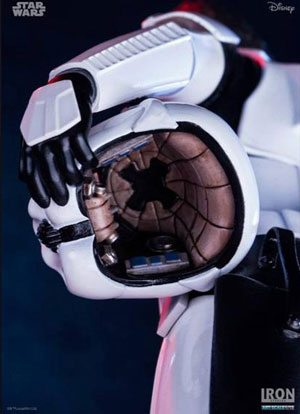 All of the statues will be cast in high-quality polystone and will be extremely detailed in both the outfits and likenesses and expertly painted. The characters in this new release of statues will be Luke Skywalker in his X-Wing pilot uniform, Han Solo wearing stormtrooper armor (which is so detailed, you can even see pieces of the inside of the helmet that he’s holding next to his hip), Qui-Gon Jinn in his Jedi robe, Rey holding her/Luke’s/Anakin’s blue lightsaber, and Kylo Ren, holding his signature cross-hilted lightsaber in one hand, with his other hand raised in the air using the Force. The figure’s height will vary, but will be between 8 and 10 inches tall. Although the lightsabers are seen as turned on, they don’t actually light-up, which is a bit of a bummer. All of them come standing on a simple black base. 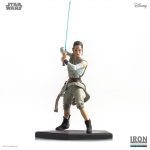 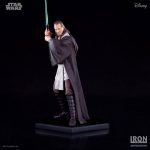 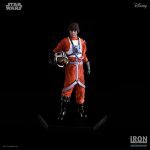 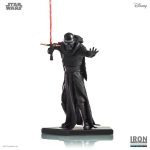 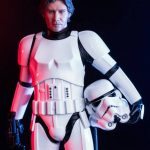 The new Iron Studios Star Wars statues are currently up for pre-order on Big Bad Toy Store for the price of $199.99 per figure. The means you’ll have to pull together some serious credits if you’re interested in owning all of the new statues from the line. And while they are expensive, keep in mind that they are polystone, weigh approximately 2 pounds per piece, and are really high quality. All the statues are expected to be released sometime in October this year. So, thankfully, you still have some time to decide whether or not you’re going to grab some, and start saving up those credits. Either way, their high quality cannot be put into question.