Shipping has finally begun for Hot Toys’ Thor Sixth Scale Collectible figure based on the latest Avengers movie Avengers: The Age of Ultron. The figure will is made in incredible and authenticated likeness depicting Chris Hemsworth, featuring movie accurate facial expressions, including even wrinkles, and the beard, all hand-painted superbly.

The figure will be approximately 12 inches in height (~32cm) and will feature 30 points of articulation with seamless elbow joints. Four pairs of interchangeable hands are being made, one pair being a regular pair of fists, one being a pair a relaxed palms, one pair of open palms, and one pair for holding the Mjolnir. The costume is also being made in movie likeness, consisting of one red colored cape, one upper body armor with silver-colored circle plates, one pair of black and metal-colored colored forearm armor, one pair of black pants with patterned design on sides, and one pair of black and metal-colored boots. When it comes to weapons, two amazing Mjolnirs are included, one being an authentic hammer made out of metal featuring a patterned handle a leather-like strap, and the other being a battery powered LED Mjolnir , also with a patterned handle and a leather-like strap.

Also included is a Mjolnir Lightning Effect accessory, as well as a movie themed base which can be combined with an Android and IOS app that can be used to create 3D augmented reality scenes, meaning you can take photos of Thor being attacked by numerous enemies or similar.

Sales and shipping have begun and the figure can be purchased through Sideshow Collectibles, the official Hot Toys distributor, for a price of $219.99, with the option of a payment plan being open. This figure is a must-have for any collection, regardless of whether you are a fan of the movies or a decade spanning comic book fan. 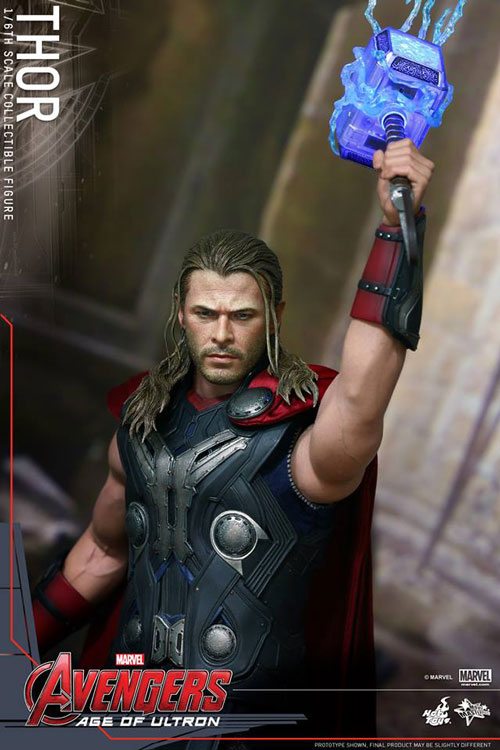 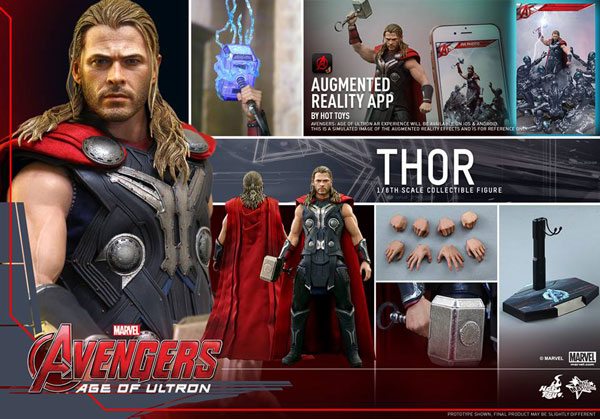