Where Batman goes, the Joker’s not far behind.

It makes sense that after previewing the Arkham Knight action figure for Batman, Hot Toys would want to bring out a Joker as well. However, as [SPOILERS for the Arkham games] Joker bought the big one at the end of Arkham City, they decided to go back a couple of games for the sixth scale Batman: Arkham Asylum Joker action figure. However, much like the Bat, the Joker’s pretty loaded. Let’s take a look at what we’re getting.

How Articulated is this Joker Figure?

Hot Toys is saying the newly developed body sculpt will feature over 30 points of articulation, which should be enough to give you plenty of comic-yet-chilling posing options.

The figure has a newly developed, video game-accurate head sculpt with appropriate make-up and detailed hair, and comes with a highly detailed, tailored, and multi-layered suit perfect for painting the town purple, including:

And What Accessories is Joker Coming Outfitted With?

If he going to take down the Bat, Joker’s going to need some good weapons. So what’s he got? Well, to start, the figure will feature also have six interchangeable hands, which will include:

As for weapons and/or accessories, the Joker will have:

How Much Will This Joker Cost, and Where Can He Be Pre-ordered?

The figure will cost $229.99 and can be pre-ordered over at Sideshow Collectibles. Premium price for a premium Joker, I suppose.

When Will this Joker Figure be Available? 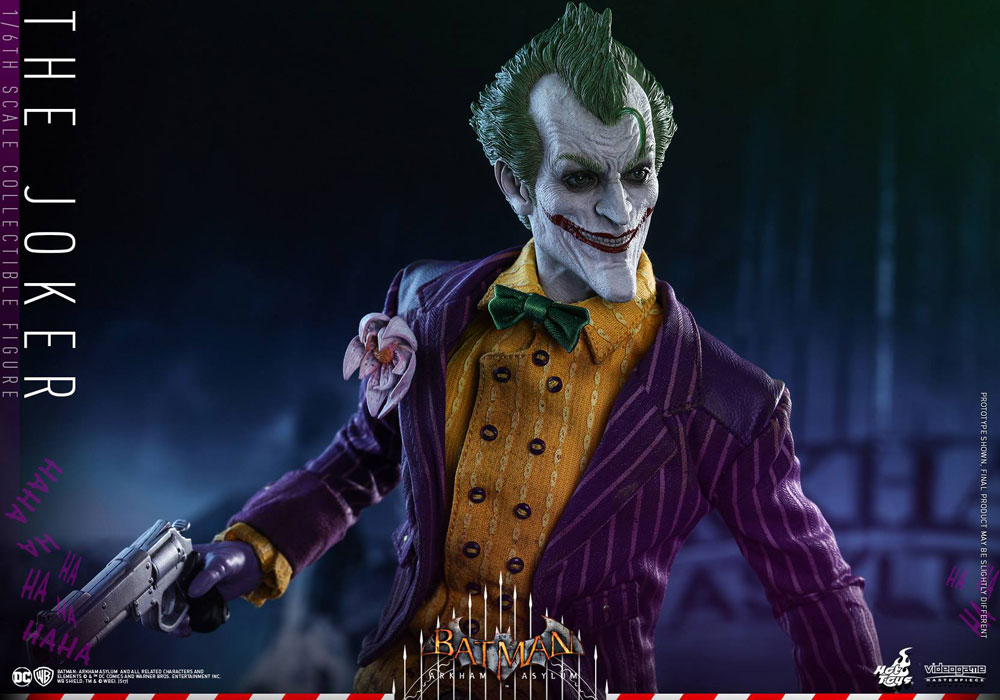 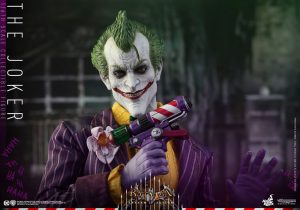 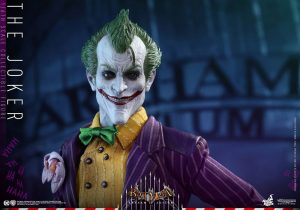 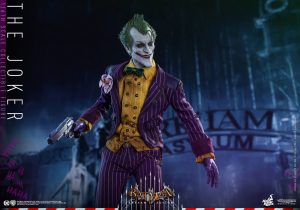 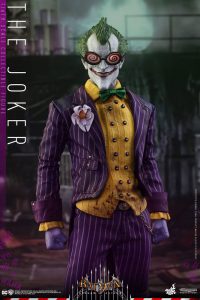 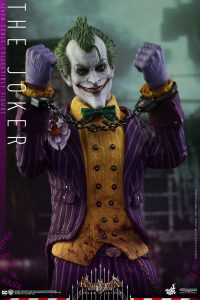 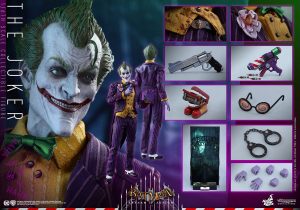