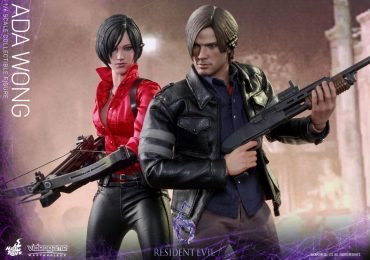 Hot Toys has released pictures and details of their latest Resident Evil themed figures. This time, they’ve decided to make Resident Evil 6 action figures of Leon S. Kennedy and Ada Wong. The figures are being made by Hot Toys partly out of a desire to celebrate the 20th anniversary of the Resident Evil franchise, which first saw release on March 22nd, 1996.

The figures will be made in 1/6 scale and feature newly sculpted heads, as well as new tailored outfits. The portraits are highly accurate and were based on official in-game footage and both figures come with numerous weapons and accessories. Ada gets a crossbow, a shotgun, one pistol, one machine pistol, a sniper rifle, one grapple gun, and a cube phone; while Leon comes with a rocket launcher, a sniper rifle, a shotgun, a pistol, and Leon’s signature Wing Shooters. Both of the figures come with numerous interchangeable hands used for holding the various weapons and for posing. Both the figures and the weapons are highly detailed and painted to perfection. 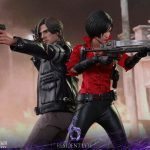 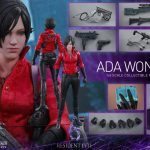 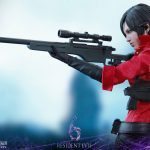 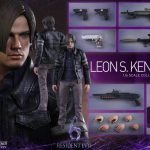 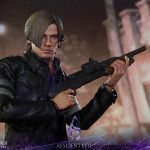 Nothing is currently known about the price point for these figures, or when they will be available for pre-order. Knowing Hot Toys, it probably won’t be cheap (maybe somewhere in the $200 – $300 range for each one) but also knowing Hot Toys, they will probably be well worth the money considering the overall high quality of the figures. They have said that the figures are expected to have a Q4 2016, Q1 2017 release date. In any case, we’ll be keeping our eyes on these Resident Evil 6 action figures of Leon and Ada, and we’ll keep you posted when more information is revealed. If you’re a hardcore RE fan or a fan of awesome figures in general, these ones are looking like a must.