UPDATE: Hot Toys Back to the Future 2 Action Figure Up For Preorder 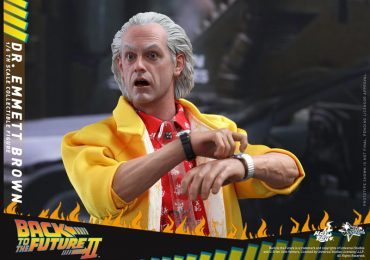 UPDATE: 7-27-16 Preorder and Other Details For Hot Toys Back to the Future 2 Action Figures

OK. The figures are now up for pre-order on Sideshow, in both the exclusive and regular versions. Doc Brown will be $249.99 and Marty McFly will be $234.99:

Also, we’ve got some additional details on the figures. Mary will be roughly 11 inches (27.9 cm), and Doc will be 11.8 inches (30 cm) tall. Both figures will feature over 30 points of articulation, and both are expected to ship in the July – September 2017 time frame.

Back to the Future is a stone-cold, inarguable classic. And while 2 and 3 can’t quite match the charm of the original, they are a lot of fun, and well worth revisiting from time to time. Well, Hot Toys, the creator of some of the best sixth scale figures on the market, has decided to go Back to the Future (2, specifically.) They’re releasing a pair of Back to the Future 2 action figures, of Doc Brown, and Marty McFly.

And now for a Wallet Forecast: It will be empty forever, thanks to people like Hot Toys.

The two figures will be styled after the memorable look for the characters as they traveled far into the distant future (2015) where they had tons of sweet stuff like hoverboards! OK, maybe they were a little off with their “future” predicting, but these figures are almost as cool as a hoverboard.

The figure will be in sixth scale, and though there’s not an official number yet, it’ll probably be 12 inches. Which is actually pretty accurate to the 6’1″ Christopher Lloyd. The figure will feature a photorealistic look based on Doc Brown’s appearance in the movie. It will feature a newly developed head sculpt, a tailored “futuristic” costume, a wide variety of accessories, including future glasses, watches, some interchangeable hands, and a display stand. The figure will also be available in an exclusive edition, coming with and additional exclusive accessory. 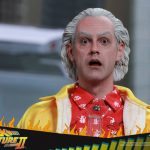 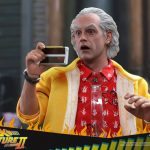 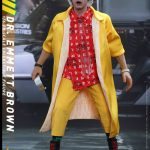 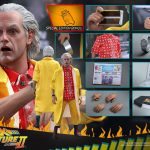 Like Doc, Marty will also be sixth scale, which would make the figure roughly 10 2/3″ if they’re totally accurate, though they’ll likely go for closer to 12 inches. Marty will also be getting a new, movie-accurate head sculpt, and a detailed, tailored outfit complete with the iconic futuristic running shoes. Accesories wise, Marty will be a hover board, multi colored cap, future soft drink bottle, sports almanac, and a special dynamic figure stand for sweet hoverboard poses. As with Doc, Marty will have an exclusive version as well, offering an additional exclusive accessory. 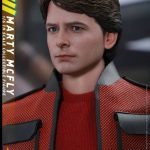 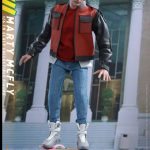 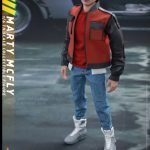 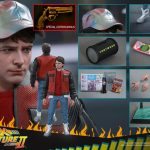 These Back to the Future 2 action figures for Doc and Marty aren’t available for pre-order yet, and Hot Toys hasn’t revealed an expected release date or price point, but we think that information will probably be coming along soon, so keep checking back. Best guess? $240 – $260 range, and an early 2017 release date. Oh, and if you happen to have a little extra money lying about, you can still pick up a sixth scale Delorean to go with these figures. Don’t be surprised if the figures hijack it, though, and go back to the Old West to preserve their Sixth Scale heritage.

NECA Back To The Future Part II 2015 Doc Brown Preview