At SDCC earlier this year Hiya Toys had revealed that they had the license to Injustice 2 and revealed some of the figures that would be released in the first wave.

Attendees were wowed by how well detailed the 3.75″ figures looked. They showed Batman, Superman, Red Hood and Swamp Thing. And just a few days ago they revealed Harley Quinn. As of yet, I haven’t got any of Hiya Toys action figures though I have been very impressed with their Predator & Injustice 2 figures.

Harley Quinn looks incredibly well detailed in her costume and in her face. It’s remarkable really. I haven’t played  Injustice 2 though I am familiar with Harley’s costume in the game. It appears that she’ll be coming with a large mallet and two pistols for accessories. I’m sure more will be revealed as we get closer to the release date. 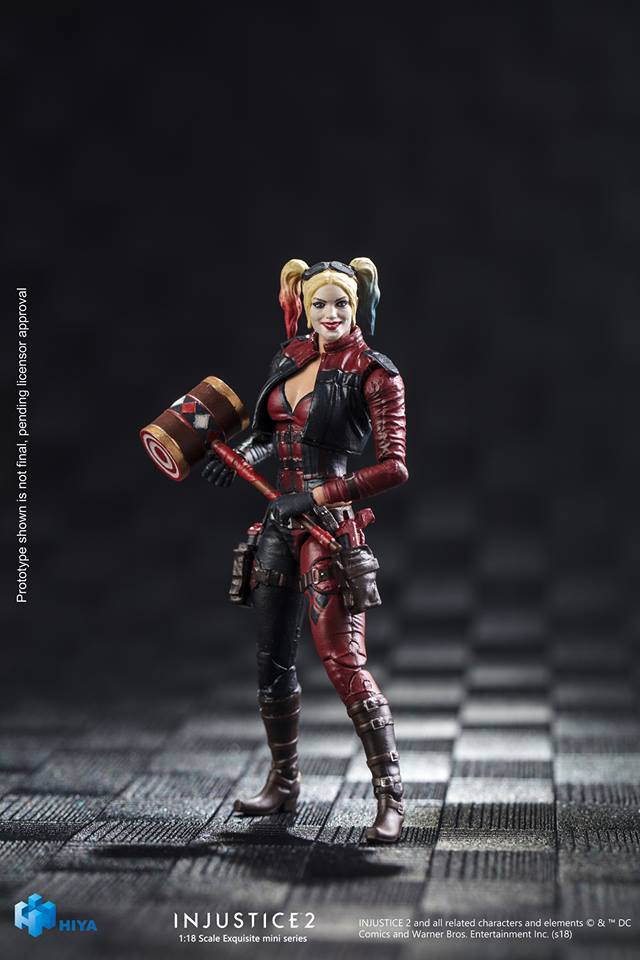