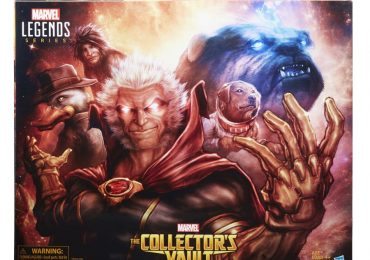 If you’ve ever wanted your action figure collection to have the Collector and his collection, you can now collect it as a part of Hasbro’s SDCC 2016 exclusive offerings. I’m talking, of course, about the 3.75 Inch Scale Marvel Legends Collectors Vault set, developed in collaboration with Hasbro. If you’re not familiar with the collector from the comics, he’s one of the Elders of the Universe, who began collecting strange artifacts and lifeforms from across the cosmos in order to maintain his sanity. In the Marvel cinematic universe, the Collector’s that quirky guy portrayed by Benicio Del Toro at the end of Thor: The Dark World.

Eight items are included in the box set, 5 characters, and 3 accessories. The characters included are: 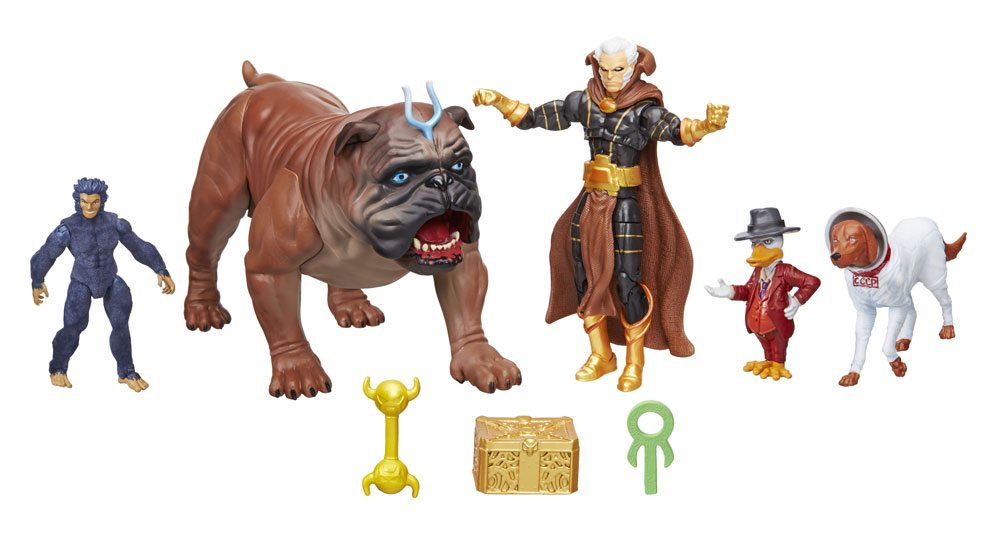 The items / accessories included The Zodiac Key, the Casket of Ancient Winters, and The Wand of Watoomb. The packaging is also collector friendly and great for displaying, and features some amazing artwork.

In addition to being available at SDCC 2016, the Marvel Legends Collectors Vault will also be purchasable at the Fan Expo in Canada in September. In addition, if you can’t make it to the con, a small number will apparently be sold on Hasbro’s online store. The price for the set will be $69.99.