Into the Carbonite, Flyboy! New 1/6 Scale Figure by Sideshow Collectibles

Sideshow has done it again with this light up, multiple-display option collectible, limited edition figure. The cinema-quality statue expertly replicates Han Solo’s body position and facial expression after he is immortalized in carbonite at the hands of the Empire. Every wrinkle of his clothes is visible. You can even see his teeth!

Details on the Han Solo in Carbonite Figure

What are the dimensions?

This ultra-detailed nerf herder stands at 15’” tall and 8” across upright on the appropriate stand. If that’s not big enough for your action figure fury, then check this crazy thing out!

Speaking of stands, how do the multiple display options work?

The upright position utilizes a magnetic metal stand to hold the carbonite slab in place on the stand that is supposed to imitate the glowing freezing chamber (I can see the mist pouring out!) which Han resides in until Leia and the crew come to the rescue.

Someone said something about lighting up?

That’s right! Both bases are illuminated, the upright glows red, and the horizontal is more blue. Additionally, the case around the carbonite-Han Solo lights up along the sides, and the set comes with an illuminated carbonite control panel.

Alright, how much is this going to be?

You can preorder the Han Solo in Carbonite 1/6th Scale Figure from the Star Wars Sixth Scale line by Sideshow Collectibles now for $249.99, and it is expected to ship between August and October of 2017.

Also, if you happen to have just hit the big time as a smuggler yourself, and you’re flush with credits, Sideshow also has a life-size Han in Carbonite for only $7500…

I love the insane amount of detail they put into the multiple stands and  displays. And the fact that they light up? Freakin’ rad.

Photos of the Han Solo in Carbonite Figure by Sideshow Collectibles 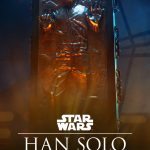 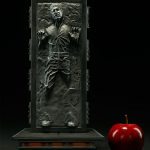 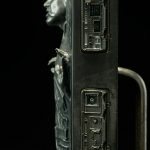 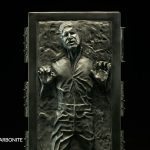 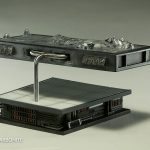 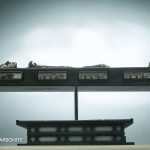 The Lifesize Han in Carbonite 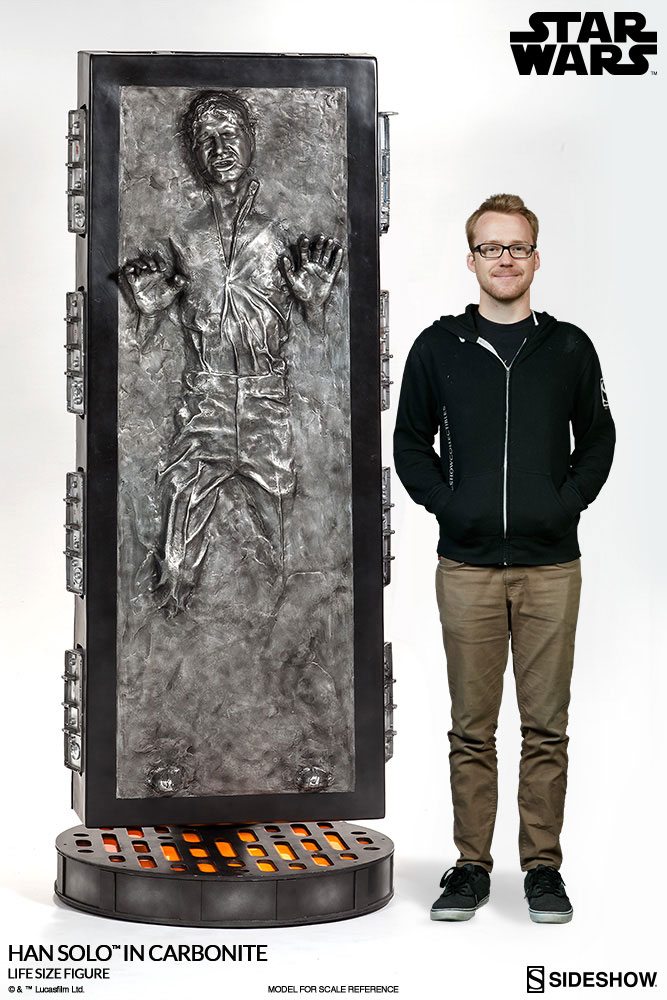