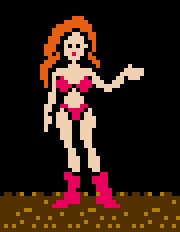 I spent a decent portion of my youth parked in front of a screen, an NES paddle clutched in  my hands, navigating through alien caverns, fighting through endless enemy fleets, slaying rogue slimes, and basically being absorbed into a bunch of fantastical 8-bit worlds. Primary among my first gaming loves was the original Metroid. It was fun and challenging, there were a ton of hidden things to find, and there were those multiple endings.

See, I’d beat the game, but then I’d heard about the different endings (through an antiquated thing called a “game shop,” as the Internet was still in its infancy) and I had to try and get the best one. And I did. Samus in a bikini, giving the thumbs up. Now, it seems incredibly silly to have put so much effort into earning that ending, but back then… OK, it was silly back then too, but at least the game was fun. Anyway, all of this is a long way of saying that Good Smile Company’s latest Samus Zero Suit action figure inspires a lot of nostalgia for me.

Good Smile Company (GSC) previously released a full-suit version of Samus from Metroid: Other M, so with this figure, they’re giving us Samus sans Armor, in her Zero Suit. According to GSC, the figure will feature a variety of articulation points, which, in combination with the flexible plastic used in key areas of the figure, will allow for superior posability. The figure will stand roughly 5.3 inches tall (13.5 cm).

For accessories, Samus will come with a handgun, which can be held or stashed in her stylish leg holster. She’ll also have Adam’s helmet, two interchangeable portraits (one serious and ready for business, one smiling), and alternate head with short hair, and a selection of interchangeable hands, including one for the all-important “thumbs-up” gesture. Finally, the figure will come with an articulate display stand, to allow for even more great poses.

If you’re interested in snagging a Samus Zero Suit action figure, you can head over to Entertainment Earth, and pre-order one for $74.99. It may not be cheap, but this is an imported figure, and it looks to have pretty impressive quality. Right now, the release date is December 2016, for Japan. EE is saying they’ll be available February 2017. Also, if you did the design of the character, GSC also has a 1/8 statue they did previously that’s pretty cool (and it’s even on sale at Amazon right now.) 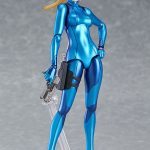 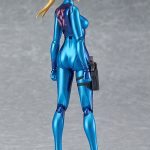 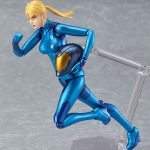 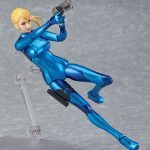 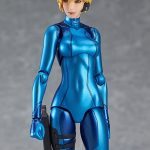 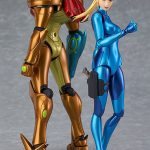 Anyway, if you’ll excuse me, I need to go order myself one of those mini-NES systems coming out in a few months, because they have Metroid as one of the 30 pre-loaded games, and that’s awesome.