Get Your Bat Gremlin Before They Fly Off the Shelves 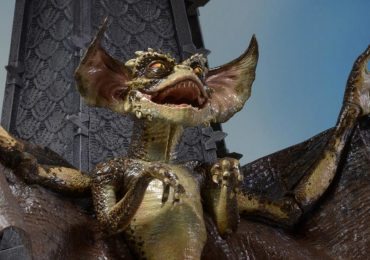 NECA Toys has decided to add another toy to its Gremlins collection. This time, it is the massively popular, fan favorite Bat Gremlin, which can be seen in his brief appearance in Gremlins 2: The New Batch. Although this minor enemy had a short appearance in the movie, he still left a deep impression on the fans, making him a long-awaited figure by fans worldwide. 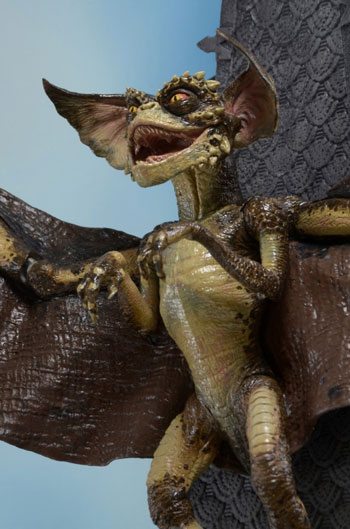 The figure is approximately 6 inches tall (~15cm), which means it is similar in height to other gremlins released by NECA. In addition, one of the key elements that are featured are the wings, with a wingspan of an astounding 18 inches (~45cm). The entire sculpt sculpted to perfection making it the same as the character from the movie. The figure is completely articulated, which not only applies to joints in the knees, wings, elbows, and other regular articulation points, but also to ears and the jaw. The entire figure is made out of plastic with the wings being made of high-quality very soft plastic that you can fold in almost any way that you might conceive. The paint job is also well done with making the Bat Gremlin almost seem alive. The figure also includes a flight stand, should you decide to make a flying pose for the gremlin.

It comes in a window box with a gothic castle motif, making it great for both those who would display it boxed and those who would remove it from the packaging. The Bat Gremlin has only recently been released with a price of $39.99 on Entertainment Earth. The figure is definitely a must-have for any real fan of the Gremlins, while also being a great catch for regular collectors as the quality of the statue is absolutely amazing.