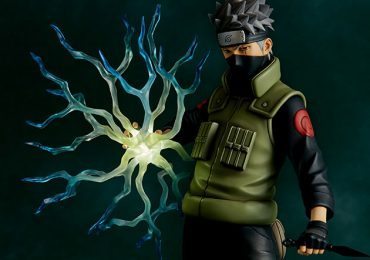 The Kakashi Hatake Posable Statue Will Be Limited To 200 Pieces

Gecco Toys is releasing a brand new Naruto themed statue. This time, they’ve decided to make a figure of a fan favorite character – Kakashi Hatake. The famous copy-cat ninja and team 7’s sensei will have a regular and exclusive version, with the look of the Kakashi Hatake Posable Statue based on his appearance in the 4th great ninja war.

Kakashi will be made in 1/6 scale and feature numerous interchangeable parts that make him somewhat poseable. Of course, since he doesn’t come with action figure articulation points, you won’t be able to recreate fights with him. However, you will be able to make various recognizable poses such as him reading his “romance” novels casually or an amazing raikiri battle pose with his Sharingan exposed, thanks to the numerous swappable heads and arms. He also comes standing on a circular black base, with the exclusive edition also have an interchangeable effect that is designed to show that chakra being gathered around him. The exclusive version of the Kakashi Hatake Posable Statue will only be made with 200 pieces, and it will be exclusively purchasable through Viz Media (the official western Naruto license holder for printed materials). Here are some of the additional details that are different for the exclusive version: a second interchangeable ninja tool bag which will be larger, and a second headband that will feature the symbol of the Ninja Alliance instead of Konoha as seen in the war. 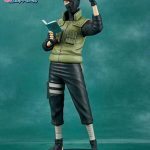 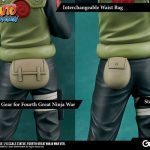 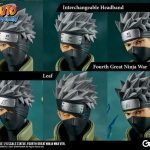 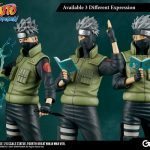 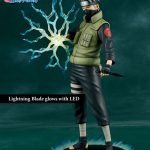 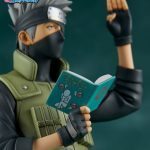 The regular version of the statue is currently up for pre-order on the Big Bad Toy Store, while Gecco’s webstore has the Kakashi Hatake Posable Statue special edition up for pre-order. Gecco, however, only ships to North and South America, so keep that in mind when searching for the exclusive edition. And don’t wait too long if you plan on snagging one, as there are only 200 pieces available, with both editions costing $199.99. The estimated release date is July / August for the regular statue, and October for the exclusive edition.