They May Take Our Lives, But They’ll Never Take our Braveheart Pops!

So, at this point, we’ve come to accept that Funko and their enormously popular Pop figures are here to stay. They’ve invaded just about every office, showing up on shelves and desks across the country, though that’s not really a bad thing. They’ve been drawing in collectors who otherwise might not have had much interest in figures, serving as a gateway drug of sorts, and Funko’s done a great job of offering a pretty diverse lineup. One of their lines that I find more interesting are the Movie Pops. And just recently, they revealed the latest addition to the line, a solid contender for the overall coolest Movie Pop. And that’s the William Wallace Braveheart Movie Pop figure.  I know it’s maybe not “cool” to get excited for a Pop figure, but I love me some Braveheart and this one looks pretty sweet.

How Big is the Figure?

As with most of the Pop figures, this one is 3.75 inches (9.5 cm) tall (some special figures are 6 inches tall) and come in window box packaging, which is nice for those who prefer to keep the figures in the package.

The figure will be available in retailers and shipping on September 12th.

How Much Does the Figure Cost and Where Can I Order One?

As with other Funko Pops, the figure will cost $10.99, and is available for pre-order on Amazon, and over at Entertainment Earth.

Contenders For the Best Movie Pops

Ok, so I mentioned earlier that he’s a contender for the coolest Movie Pop Funko has released so far. After reviewing all the other available Movie Pops, I’d say that The Dude (The Dude abides…), Tim the Enchanter (Some call me … Tim…), Ludo (from Labyrinth, one of the 6 Inch Pops), and Lo Pan (Now this really pisses me off to no end…) would be my other contenders for a favorite. 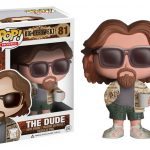 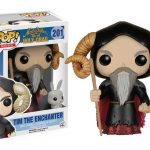 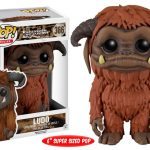 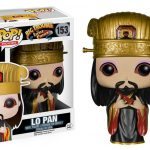 Though I’d abandon them all in a heartbeat for a Raiders of the Lost Ark Indiana Jones Movie Pop. Which Movie Pop would you like to see them make?