Captain Blake is Getting Closer to being released.

At Toyfair earlier this year NECA revealed they’ll be doing retro figures of Dr. Herbet West from The Re-Animator and Captain Blake from The Fog. With the good doctor just been released recently, Captain Blake is next.

I’ve been tracking the release of this figure with every update and announcement as I really do love the look of this figure. Like all retro figures, Captain Blake is in the 8″ scale. He features real fabric clothes and a great amount of articulation. Accessory wise he comes with his cutlass and scabbard. They’ve also given him a light up eyes feature which is something we’ve never seen with NECA’s retro figure before.

I really do love the detail that has put into this figure and I really do love the grotesque look to Captain Blake. He’s definitely the most gruesome looking character in the line to date. It should be noted that the card artwork is done by Devon Whitehead & Cavity Colors and it looks amazing. I’ve kept all the card backs to the retro figures I have by NECA as they are incredible.

This figure will be hitting store shelves around the middle of next month and will cost you around $30 and is a must-have if your a The Fog fan or a John Carpenter fan. 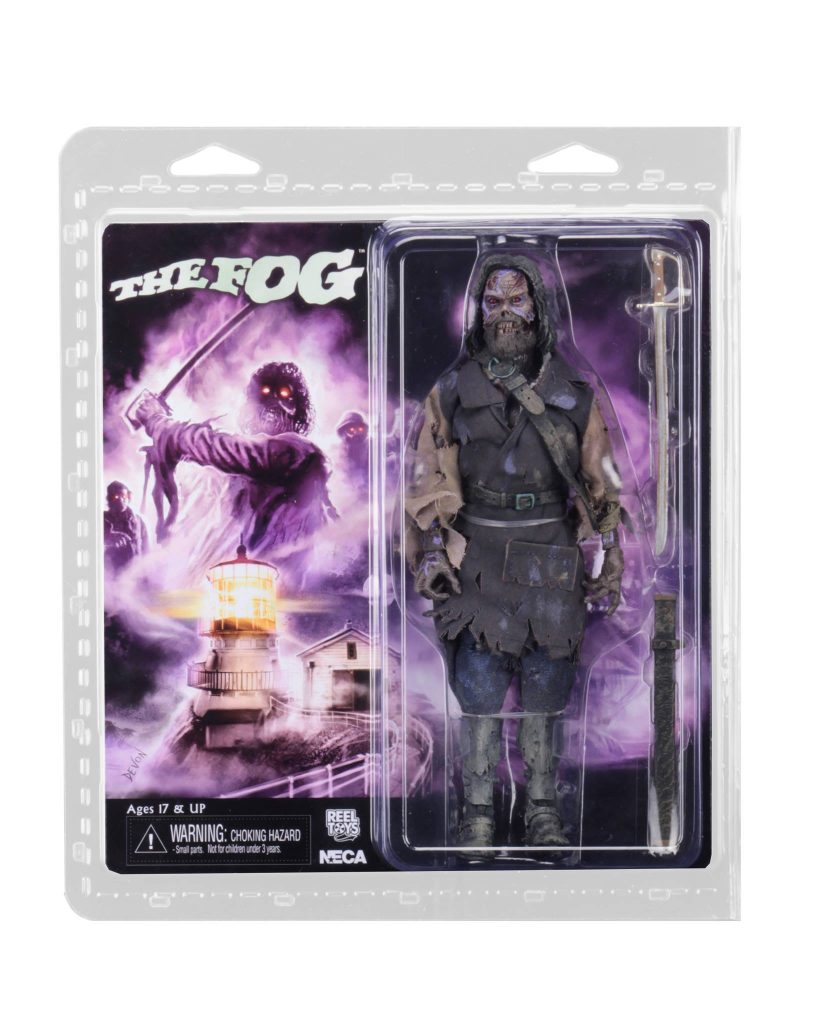 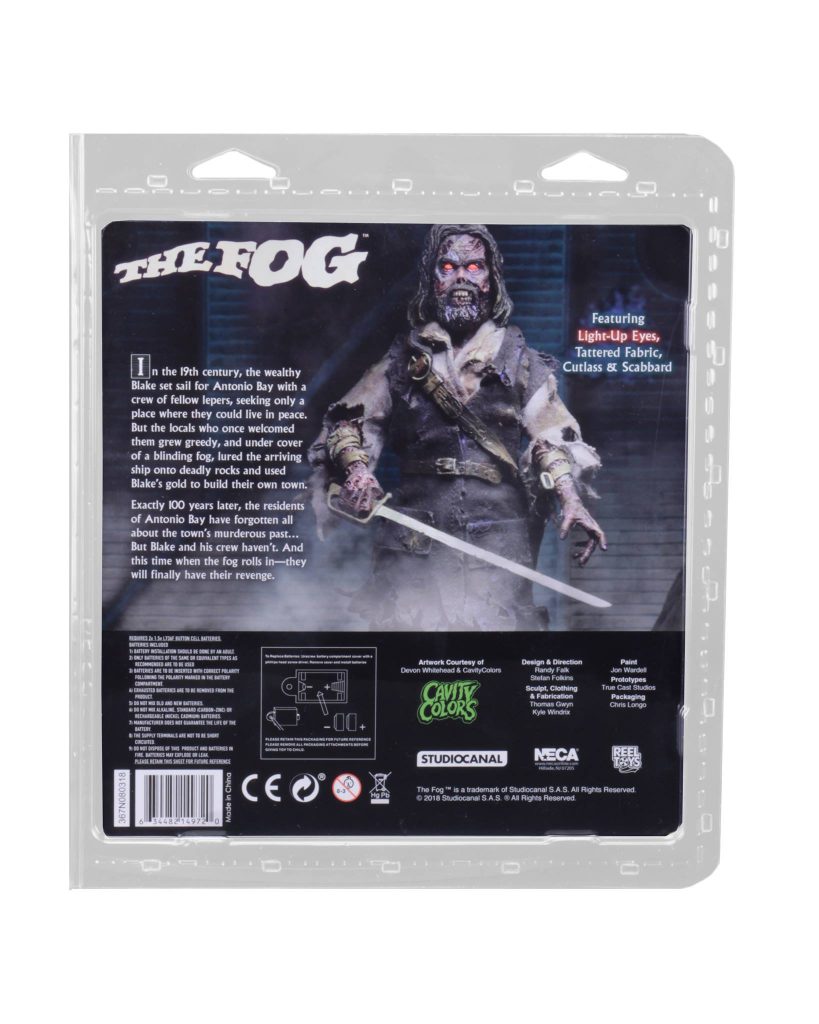