These Set the Standard for Legend of Zelda Action Figures.

It’s not even winter yet and I’m already looking forward to spring! Why you ask, am I looking past the majestic snow-capped mountains and delicate snowflakes frosting the tips of pines and firs? Why you ask, am I skipping right over Christmas and begging for May? FIGMA TWILIGHT PRINCESS LEGEND OF ZELDA ACTION FIGURES!!!1!

Originally revealed back in July, updated pictures of these outstanding figures are tickling collectors all around the globe, counting down the days until they can throw all their money at Good Smile Company and take these babies home. And for good reason. In addition to being aesthetically gorgeous, these figures have sweet accessories and fantastic classic Figma articulation out the wazoo. The Twilight Princess series is going to include Link, Princess Zelda, and a DX Edition Link.

Alright, let’s check ‘em out, and see whether the special addition is worth the extra $10 (spoiler alert: it is).

Figma particularly prides itself on its articulation, and for good reason. The smooth joints offer a wide variety of poses, and the Twilight Princess series is coming with an articulated stand as well. Though there’s no specific articulation specs on their website, from the pictures it’s looking pretty good!

Zelda will come with two face plates (a dignified expression and a slight smile) as well as her sword and the Bow of Light from the game.

The standard Link will come with three face plates including a strong-willed and confident expression, a shouting expression as well as an expression with clenched teeth, and naturally, he will come with his Master Sword and the Hylian Shield. A really cool feature is the ability to put the shield on Link’s back like in the games.

***The DX edition Link will come with the standard accessories, as well as the Ordon Sword, Hero’s Bow and Arrow, Ball and Chain, Hawkeye and the Clawshot, which comes with an opened and a closed claw attachment!***

How much will the figures cost? (pre-tax)

Zelda will run you about $55 (¥5,556), Link costs about $50 (¥5,093), and the DX Edition Link is only $60 (¥6,000), which I think is worth it for 5 extra accessories that come with interchangeable parts. I mean, really. The amount of poses you can do is like tripled with 5 whole new accessories (and the badass figma articulation).
You can pre-order the figures now on the Good Smile Online Shop, starting yesterday, and running through 10/27/16. Other retailers will likely pick the figures up eventually as well. Click here for Link, click here for Zelda, and click here for the Link DX version.

When can you get it?

The figures will start shipping May 2017, and as for the shipping speed, customers report that figma ships quicker than you’d think.

I personally can’t stop staring at Zelda; the figure looks perfect! Her gown is super detailed, and all of the swirls and whorls on her armor and gloves look to be 3D, so she won’t just be fun to look at, but fun to touch as well! (is there a way to say that that isn’t creepy…? Eh, who cares.) Also, I’ve looked and looked for some reason that would make the regular Link worth buying, but since the DX Edition Link is only $10 more and comes with a billion accessories, it’s totally worth it. SO. MANY. POSES. These may now be the Legend of Zelda action figures to beat. 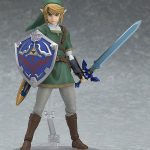 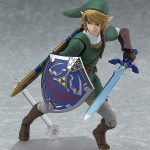 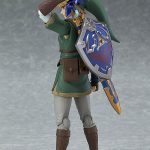 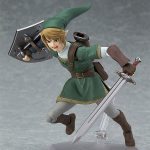 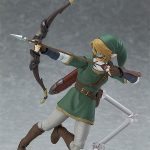 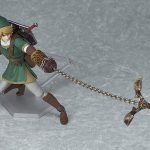 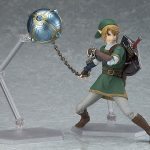 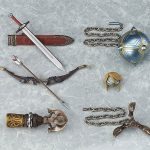 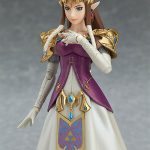 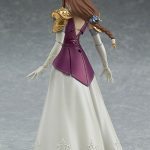 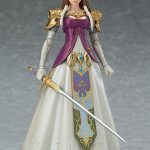 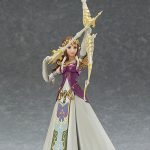