Just yesterday, we went over the Plays Arts Kai figures of Squall and Sephiroth that are on the way. As it turns out, they’re not the only figures on the horizon. Square Enix has also revealed a Play Arts Kai Gabranth action figure, one of the villains from Final Fantasy XII. (Gabranth joins Balthier and Fran in the FFXII Play Arts Kai lineup.) Now, the Sephiroth figure is undeniably cool, but maybe, just maybe, this Gabranth figure might actually be cooler. The detail on the armor alone almost makes the figure worth it just by itself.

In the game, Gabranth has reached the rank of Judge Magister, one of the highest ranks in the Archadian Empire’s military. Anyone operating at this level is respected by their peers and acknowledged to have some pretty extraordinary skills.

So with this in mind, the Play Arts Kai team put special effort into the sculpt of the armor. The made sure to capture the ornate details, while still highlighting the forged steel look and polished, almost satin finish. The figure will stand roughly 11 inches (27.94 cm) tall, and feature superior articulation and poseability. This is especially reflected in areas such as the click-ball jointing on the pauldrons (the armor over the shoulder area) and the flexible materials used in the cape and body.

Accessories wise, the figure will come with two swords, additional pairs of interchangeable hands, and a display stand. Also, it looks like it will come with a piece that allows the two swords to be combined into one, which is awesome!

If you’re interested in nabbing a Play Arts Kai Gabranth action figure (and why wouldn’t you be), you’ve got a few options. The figure available in the Square Enix store and over at Entertainment Earth for $149.99. And, currently, Gabranth is up on Amazon for $129.99. The figure is expected to ship November – December 2016. 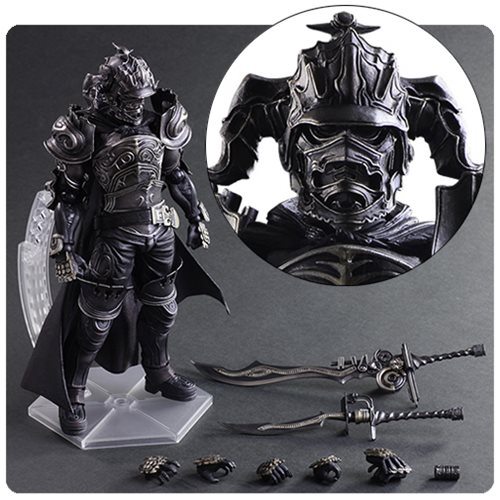 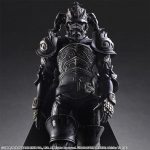 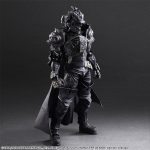 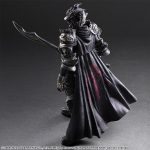 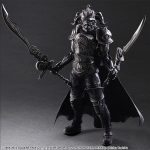 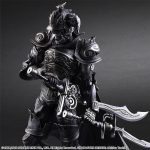 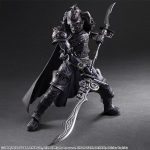