DST Brings the Wrath of Gotham’s Villains Upon Us!

DST is back with a fourth wave of their critically acclaimed action figure line based on characters from the FOX series, Gotham. The fourth wave of the Gotham Select Series 4 by DST will bring us Azrael, the Angel of Death from the DC Universe, member of an order of assassins that, you know, kills people…and stuff…

We also get Mr. Freeze (not the Arnold Schwarzenegger version) and Professor Hugo Strange (not to be confused with the Marvel Bumblebee Cabbagepatch version), all from the “hit FOX TV” Gotham series.

Tell me more about the Wrath of Villains Gotham TV series action figures! How tall are the villains?

The 3 baddies released in this wave are 7” of plasticized evil.

Are the new figures articulated?

The Gotham TV series action figures reportedly have up to 16 points of articulation!

Do they come with accessories?

Yes! Each figure comes with a specialized accessory. Professor Hugo Strange comes with an imposing medical chair (used to experiment on people in Arkham Asylum), and Mr. Freeze and Azrael both comes with a section of a jail cell. If you buy them both, you can attach them both to create a diorama.

In addition to the diorama pieces, it looks like Azrael comes with an alternate head sculpt (or removable headpiece), in case you want to take off his hood and helmet.

What do the Gotham TV series action figures look like?

Quality-wise, these figures don’t look like anything special, but perhaps to fans of Gotham, they’ll be a lot cooler! Professor Strange comes dressed to the nines in a grey pinstriped suit with a red tie and blue handkerchief, Mr. Freeze looks like a tiny old man in his little blue and grey mech suit and red goggles, and Azrael looks like a weirdly proportioned steampunk hockey player.

How much are the Diamond Select Toys Series 4 Gotham TV Select Action Figures?

Other figures in the line are priced online around the $26.99 mark, but as of right now they’re being quoted as $24.99, and are listed as being available in Spring / Summer 2017.

Check out a gallery of evil below, thanks to Nerdist! 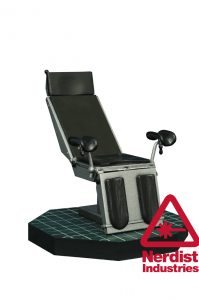 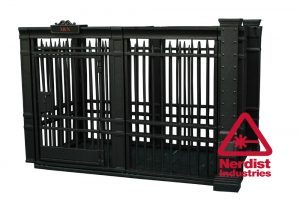 Why don’t you take a chill pill? 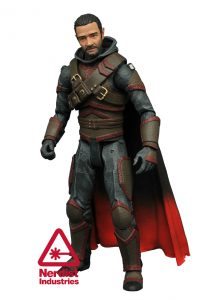 What did he spill on his cape? 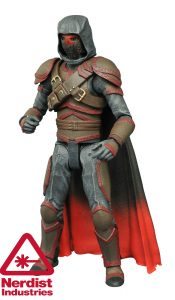 Which is better? Mask or no mask?

This guy looks nothing like Dr. Strange!! Oh… Professor Strange… Got it.