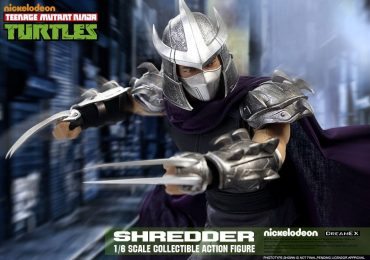 Recently, we wrote about DreamEX launching a new TMNT action figure line, starting with their Casey Jones figure. And though the figure was amazing and we expected more greatness to come, no one would’ve bet that it would arrive so quickly. Well, we’ve just got the first photos and details of the DreamEX Shredder action figure (thanks to Lunar Toy Store) and it’s looking pretty Shred-a-licious. (That’s a thing, right?)

The figure made will be made in 1/6 scale and resemble the iconic 80s design for Shredder, while still keeping it contemporary and rather intimidating. Which, of course, definitely befits the character. Similarly to Casey, Shredder will also arrive with a plethora of bonus accessories and interchangeable items. This includes 4 pairs of interchangeable hands for posing and another pair for fighting, Wolverine style. There will also be an interchangeable head which shows him without the mask, and you can also remove the helmet if you desire. 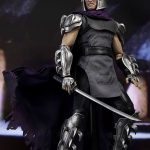 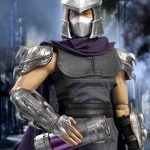 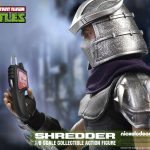 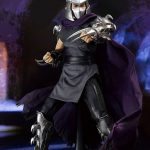 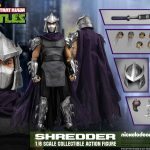 Also included are a katana, two shuriken, and a communicator with Krang’s photo on it (which, who knows, is hopefully an easter egg about future releases). As another great accessory, Shredder has a canister of purple mutagen. While the figure appears fully articulated (even the cape), rumor has it that the sword and the shuriken are made out of real metal, which would be real-ly awesome. His uniform is made out of real fabric, and his cape includes even the smallest tears and tattering effects.

As of now, there is no information about any possible release dates or price range for the DreamEX Shredder action figure. All we know is that DreamEX is slowly but steadily increasing the hype for their actual turtle figures, which are probably going to be pretty great considering how amazing these two are. Who knows, maybe one day we’ll even get other notable TMNT characters such as Bebop, Rocksteady, Krang, Splinter, or even April. For now, we’ll just have to drool over the Casey Jones and Shredder figures, and hope more details drop soon.

[July 11th] We’ve got the first pricing details on this figure. Lunar Toy Store has put it up for pre-order for $219.98, and expects the figures to ship in third quarter this year (or possibly late 2016, according to the page.) Hopefully we’ll see it show up at some other retailers soon.