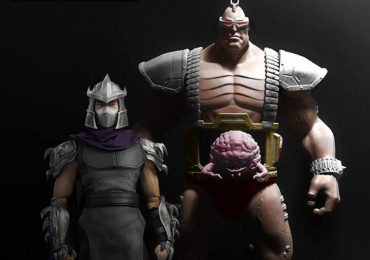 Back when DreamEX announced they were doing a line of sixth scale Teenage Mutant Ninja Turtles figures, we got pretty excited. You can never have too many high-quality sixth scale TMNT figures. And them we started seeing photos for the DreamEX figures, and two things ramped our excitement up.  First, the figures looked great. Really great. And second, rather than leading with the Turtles, DreamEX is doing it a little differently, revealing the side characters first. They led with Casey Jones and then we got Shredder next. And now, thanks again to Lunar Toy Store we’ve got the first look at the DreamEX Krang action figure.

As with the other DreamEX teases so far, there’s not a lot of information provided along with the photos. However, judging from the photo of Krang standing next to Shredder, it appears the figure will be about 16″ in height, which is awesome. We haven’t seen any accessories mentioned yet, but given the awesome selection the Casey Jones and Shredder figures are coming with, we’re expecting a strong spread. Also, we’re really hoping that Krang will be removable from his exo-suit. 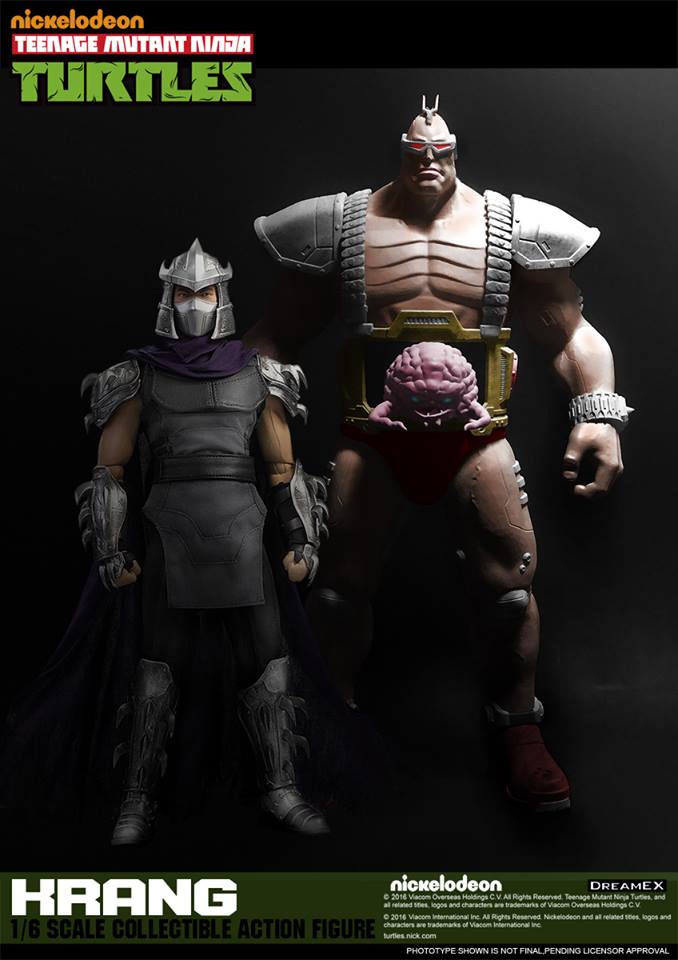 The DreamEX Krang action figure is not available for pre-order yet. However, Lunar Toy Store has put the Casey Jones figure and the Shredder figure both up for pre-order and released details on their price and expected shipping date. Casey Jones will be $199.98 and is currently listed as a third quarter 2016 release, and Shredder will be $219.98, and is also currently set for a third quarter 2016 release. (Though on the Shredder page, they also say a “late 2016 release” as well, so maybe Q4 on Shredder.) Based on that, Krang will probably also see a late 2o16 release. Price wise, though, his size might put him more in the $240 – $250 range, based on the pricing for Shredder and Casey Jones.

If you’re interested in pre-ordering, Lunar won’t charge your credit card until the figures ship. However, if you use PayPal or a debit card for payment, they will need to charge the cost of the figures up-front.