Death Trooper ARTFX Statue Sprinting to a Store Near You!

I have mixed feelings about this Death Trooper ARTX Statue, but by mixed, I mean 95% good feelings and 5% concerned and confused feelings. Kotobukiya turned the already awesome Death Trooper into an even more awesome statue and made the all-black-everything a little more exciting with tiny touches of color hidden amongst the badassery. Let’s talk about the fun stuff first, and then I’ll give you the other 5%!

Firstly, how big is is the Death Trooper ARTFX Statue?

The statue is 1/7 scale and comes out to just under 9.5” from the bottom of the base to the top of the helmet.

The Death Trooper is posed sprinting with a battle rifle in his hand and a pistol strapped to his leg, decked out with the super rad shiny black armor, which is infinitely cooler than the white in my opinion. White armor just doesn’t scream “menacing” to me, and when you combine that with the Stormtroopers apparent lack of aiming practice, they’re kind of a joke. Feel free to argue with me in the comments!

Other than the color, there are a lot of stylistic differences between Storm- and Death Troopers, most noticeably the elongated helmet and asymmetrical shoulder pad thing. This one in particular also has a ton more gear and weaponry, including grenades strapped to his chest/belt area, and just a lot of little pouches and ammo.

The tiny bit of green on the gas mask part of the Death Trooper ARTFX Statue helmet immediately caught my eye, and made the statue even that much cooler! In addition to the green, there are some red details on the rifle that make it look sort of evil, which definitely works for the Death Troopers. I’d love to get my hands on one of these guys to search for more hidden colors, but it’s getting close to Christmas and I really need to stop spending all my money on this stuff!

The statue also comes with a tiny clay-looking Stormtrooper doll which you can place in its hand or on the base. Speaking of which…

Okay, so I know that the base is supposed to look like wet sand being pushed around by the Death Troopers feet, but that’s not what it looks like to me. It looks like some gunk left over from a back-alley liposuction treatment that found its way into some radioactive waste and became sentient. There’s even little black parts (blaster burns or weeds, who knows) that look like hair growing out of it. I can hear the stomach churning wet squelching sounds it would make stepping on it with Death Trooper boots… Ew. Sorry Kotobukiya, that @#*$ is nasty.

How much does the Death Trooper ARTFX Statue cost?

The statue will be available starting in May 2017, and you can pre-order it over at Entertainment Earth for $139.99 or on the Koto website for the same!

Check out the gallery below, and let me hear your thoughts! Am I being too harsh about the base? 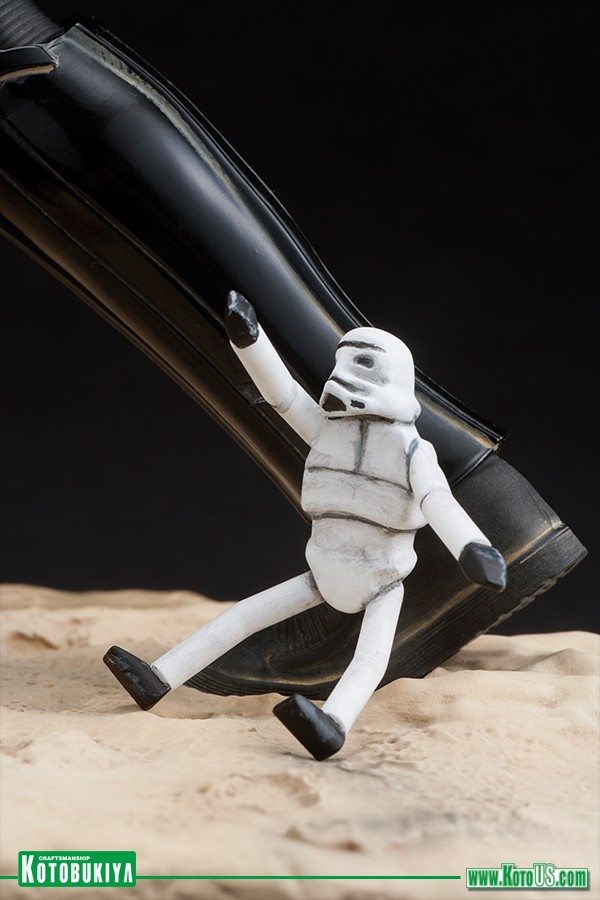 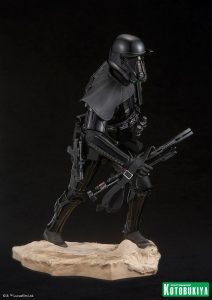 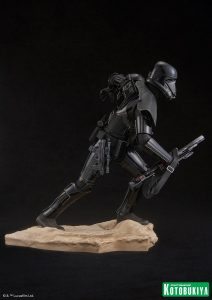 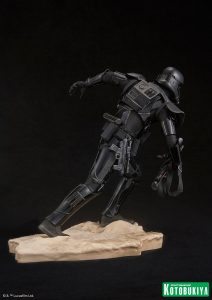 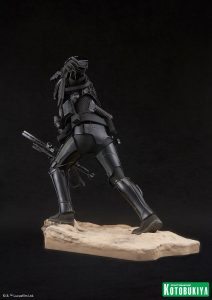 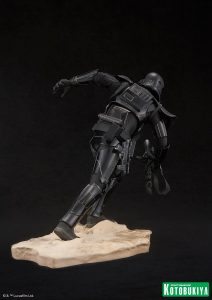 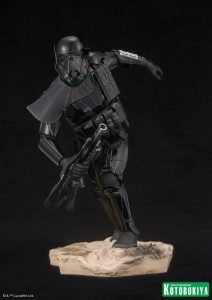