Before Toy Fair kicks off this weekend DC Collectibles has revealed two new lines of figures before the event. Hopefully, they’ll have some more products on display from their other lines as well!

First up is DC ¡Lucha Explosiva! which re-imagines DC Comics heroes and villains as Luchadores. The line, which launches in August, features masked wrestling versions of Batman, Superman, Wonder Woman, the Cheetah, Metallo II, and Deathstroke. Pricing and size were not mentioned in the article. I really do love the designs of the characters in the style it suits them very well and they certainly look very bright and colorful and they’ll definitely pop on your display.

The second assortment revealed is known as DC Prime. This new line, by artist Riccardo Federicci and sculptor Wonil Song, will feature another new size class from DC Collectibles.

I have to say I find this DC Prime line to be very interesting and I personally I don’t mind odd scales as I collect action figures of different scales. I really dig the design and all the accessories as well. I personally see these as a possible cheaper alternative to Play Arts Kai.  I’ll be curious to know what other figures are planned for this scale. 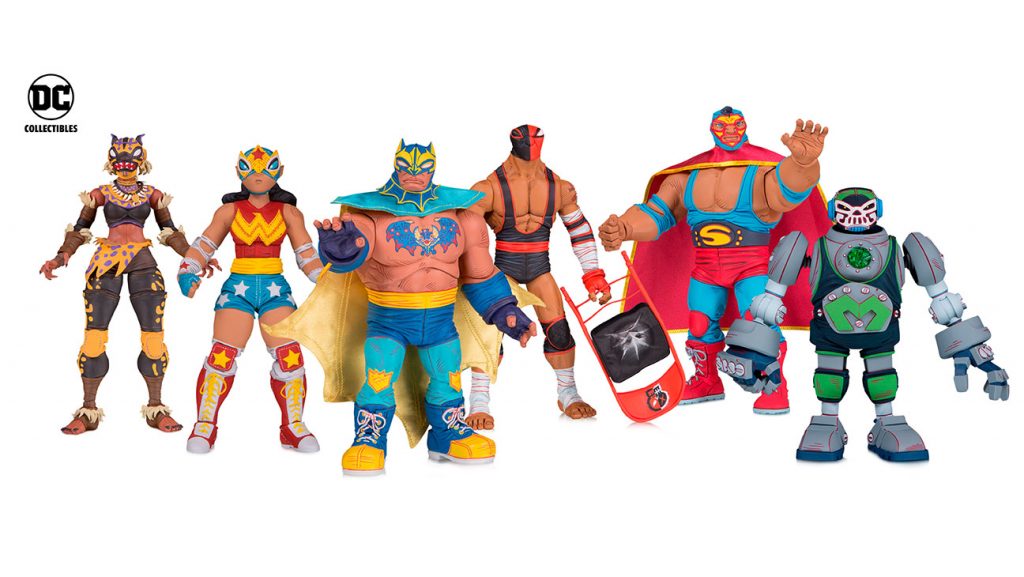 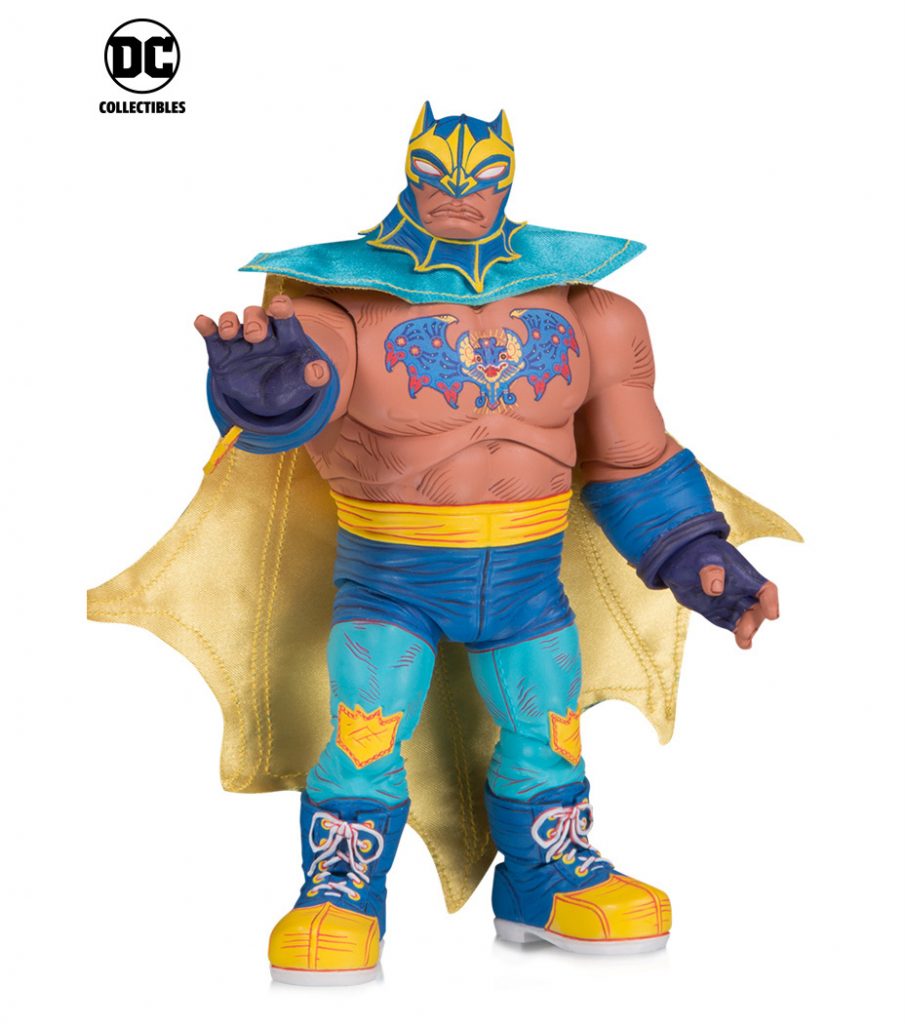 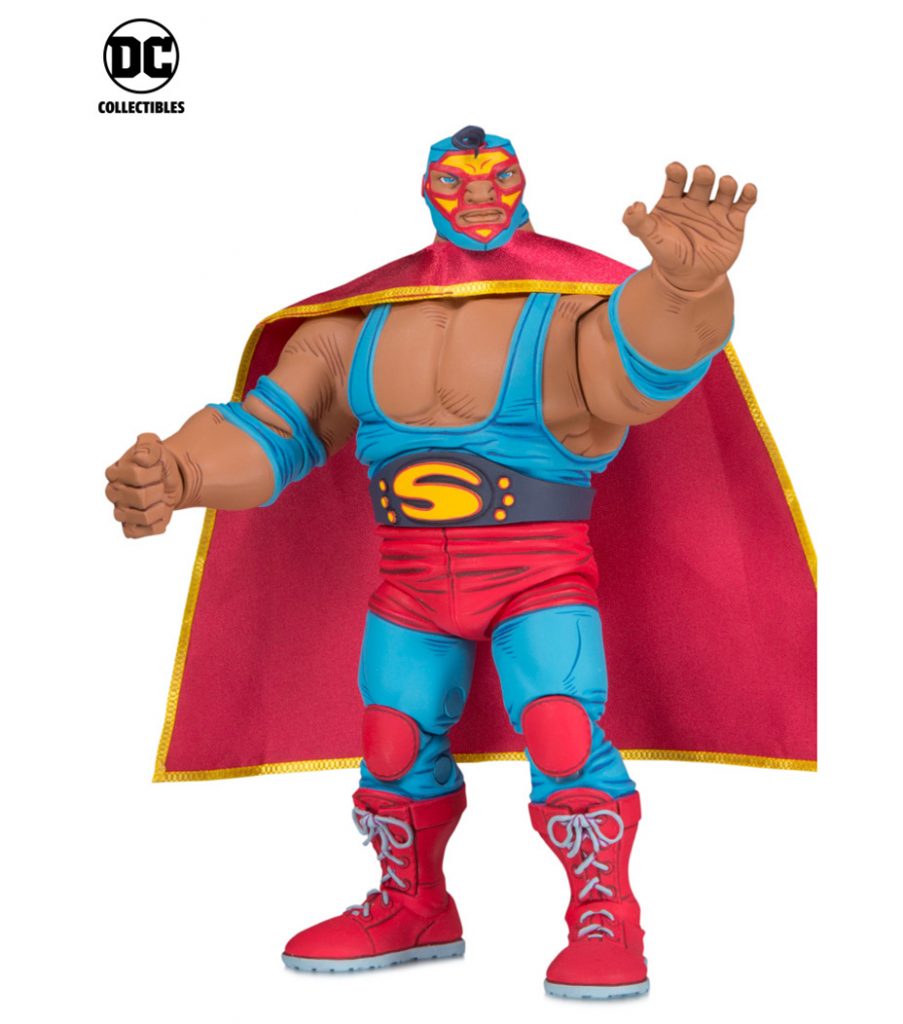 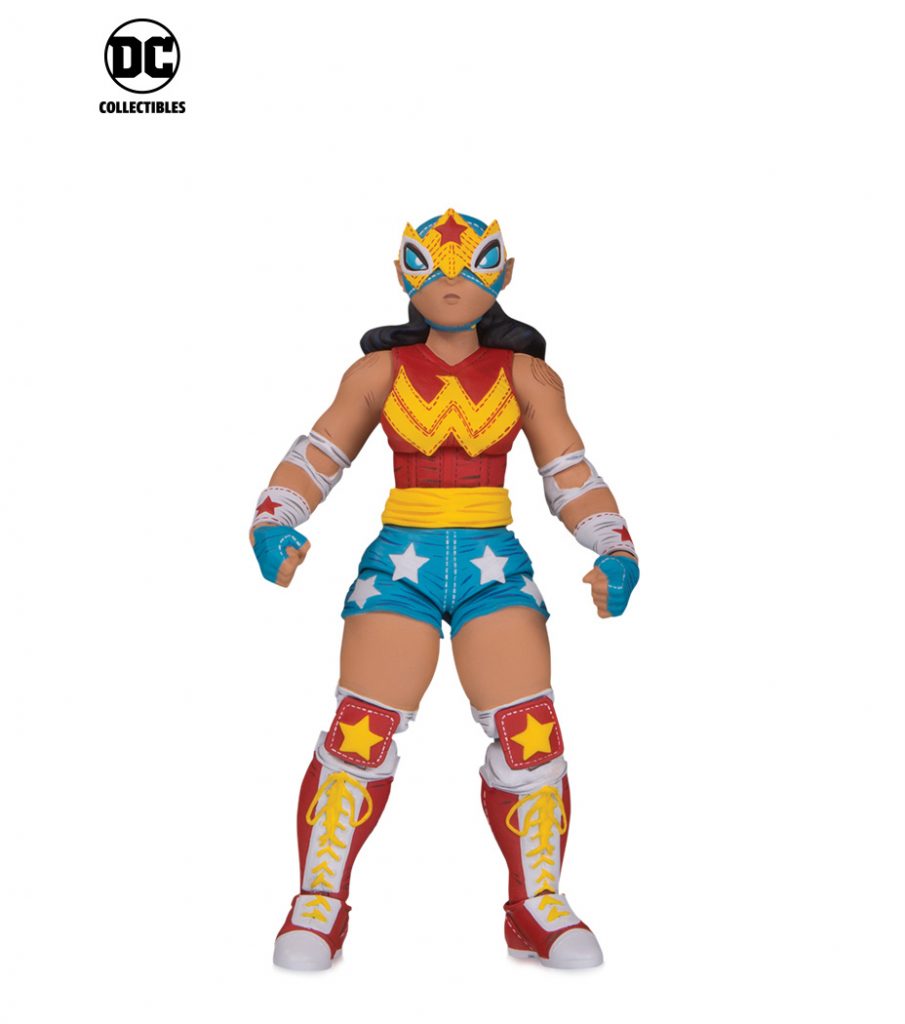 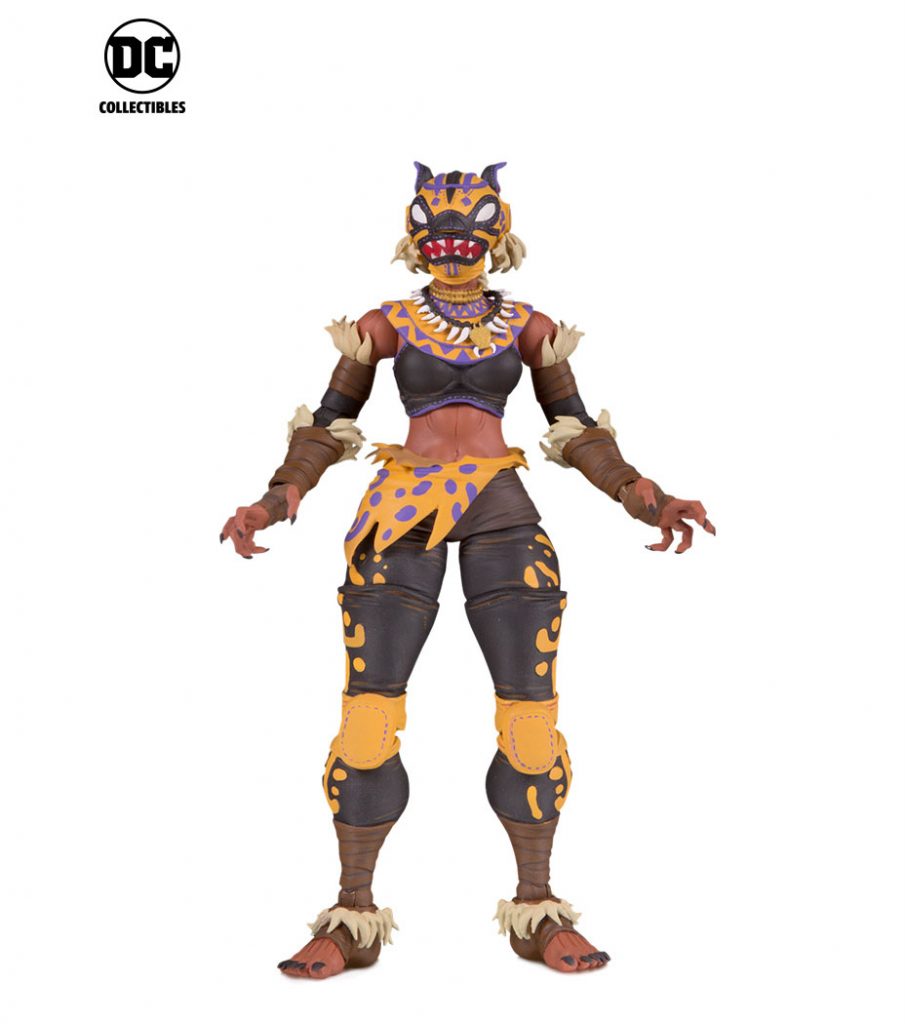 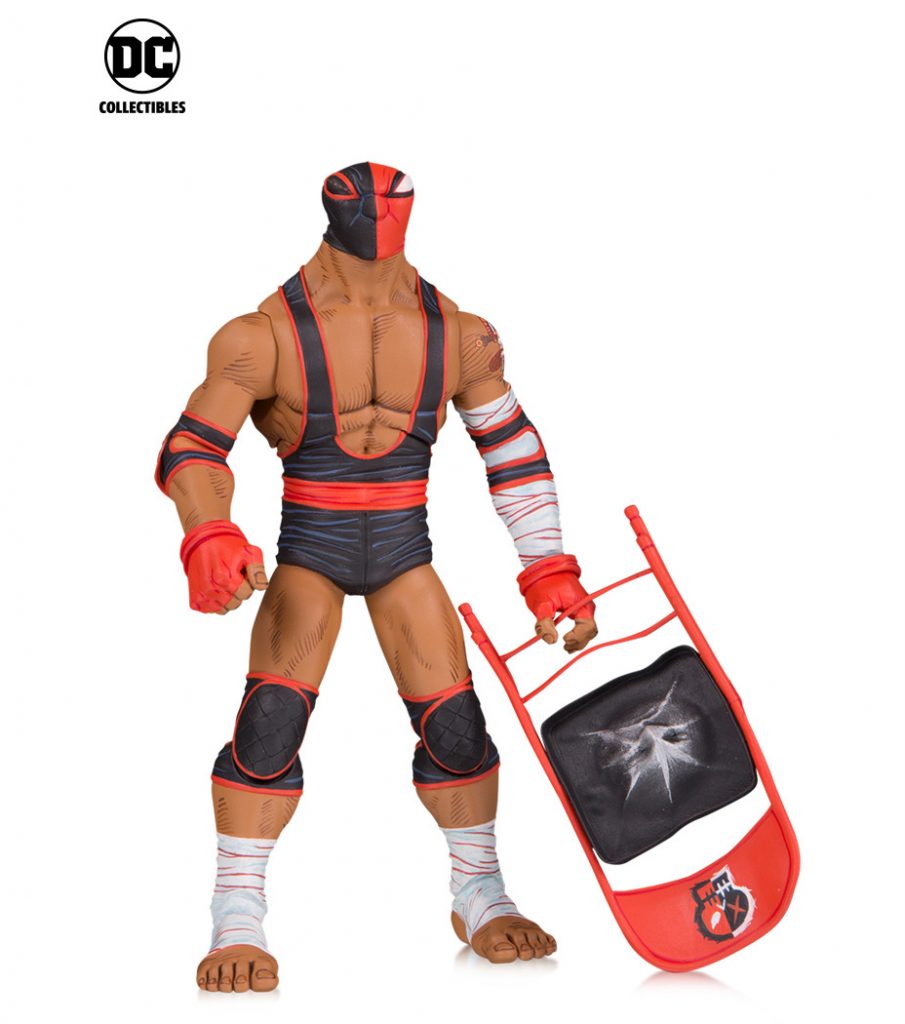 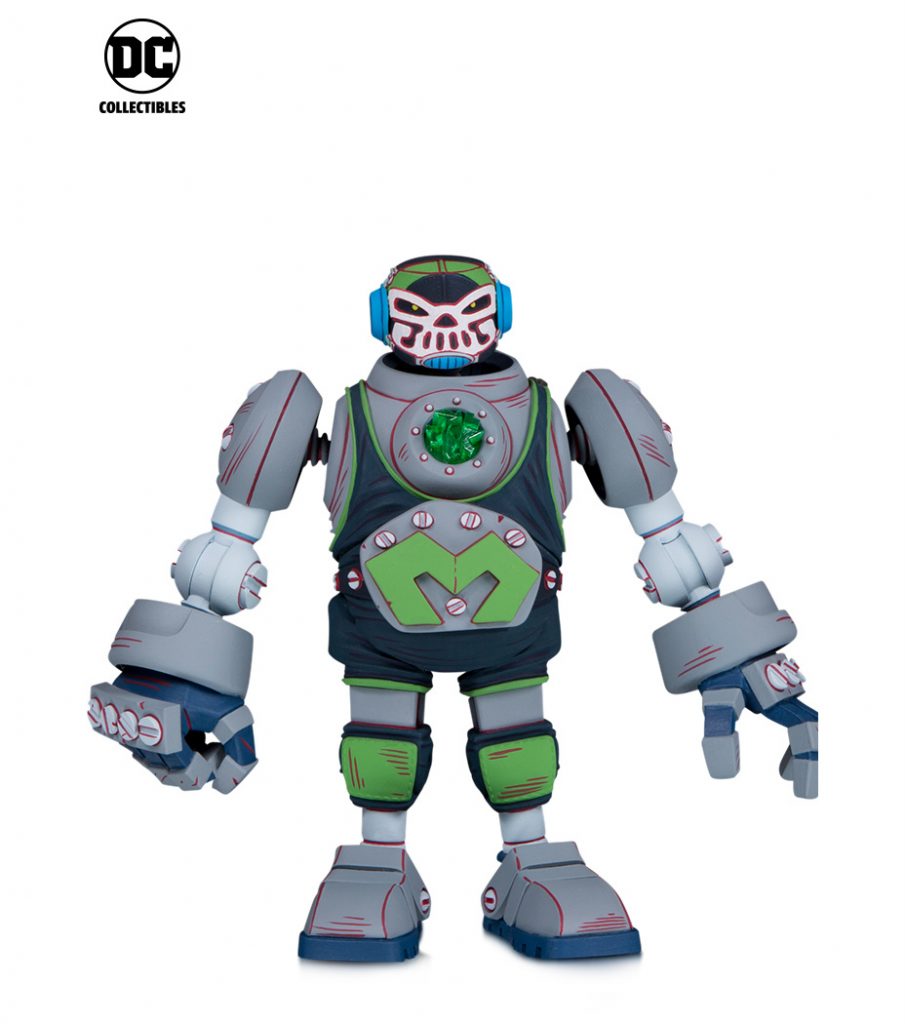 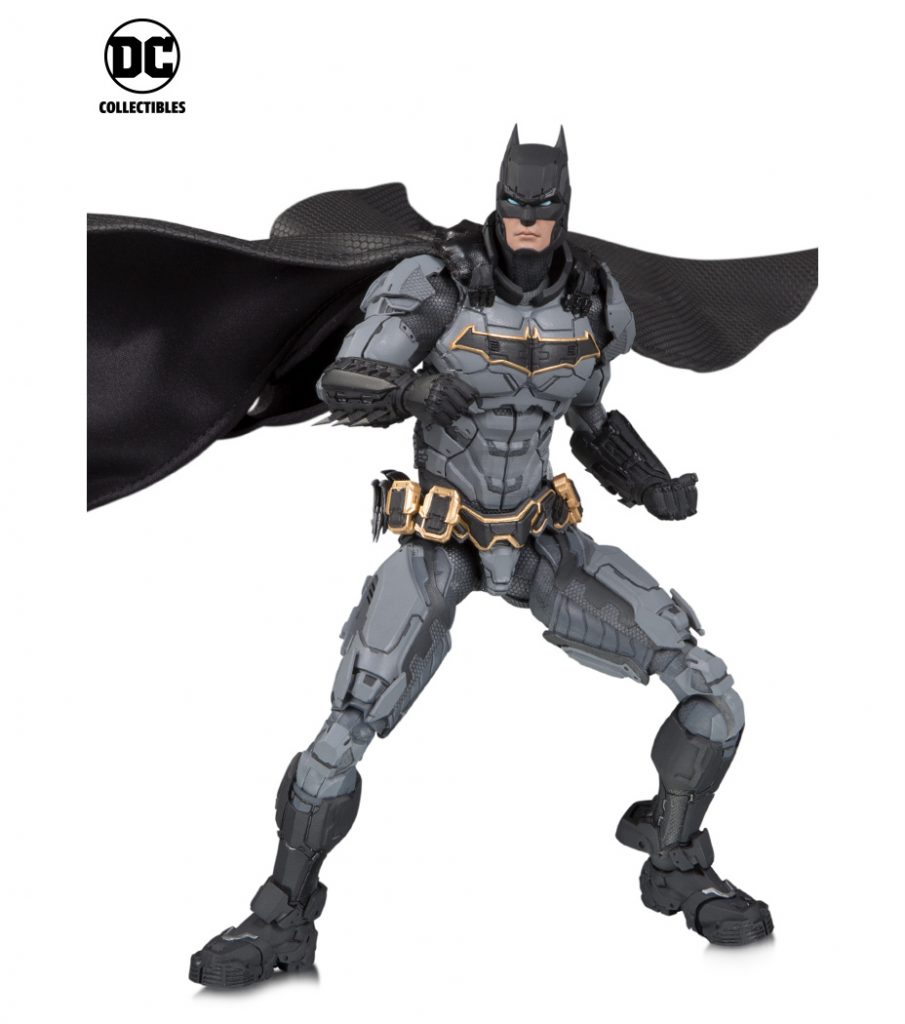 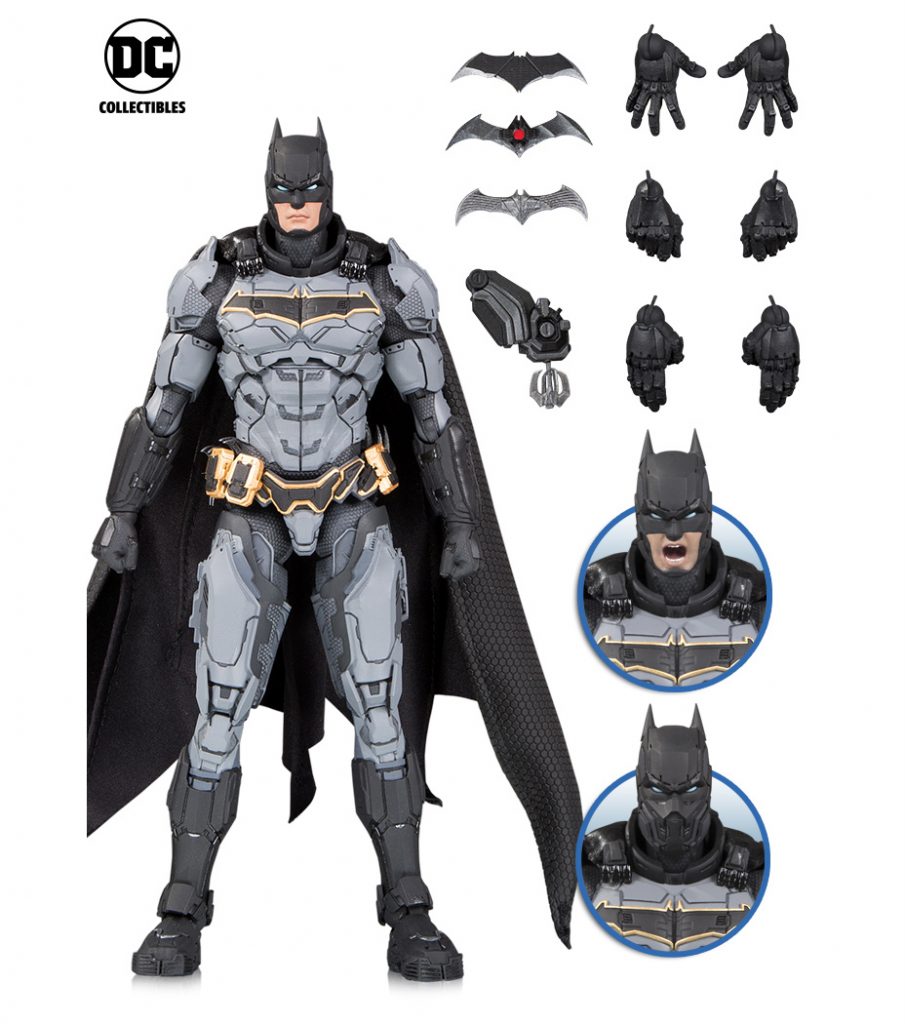