The Damtoys Warcraft Epic Series statues are for the HOOOOORRRRDE!

Orgrim and Gul’dan got the Legendary treatment with the recently released Warcraft blockbuster film, and now, Damtoys is making it even cooler! Though they’re not known for their statues, these new Warcraft Epic Series statues look very cool. Made with real fur (sorry PETA) and fabric, as well as featuring light up eyes (Gul’dan only), Orgrim and Gul’dan are looking remarkably cooler than the Warcraft I remember playing in days of yore.

How tall are these new polystone Warcraft Epic Series statues?

Well, Gul’dan’s height is presumably measured from the top of his staff to the bottom of his base, and so he measures a hulking 31” compared to Orgrim’s 25.6” height. 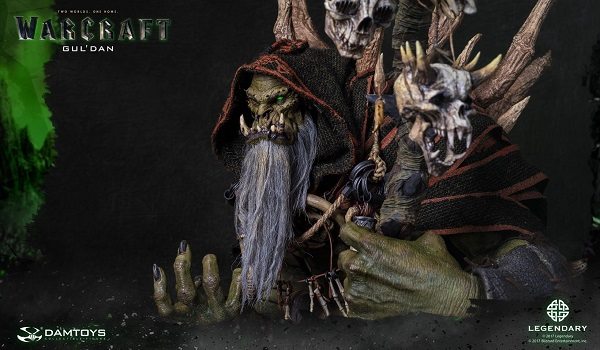 Gul’dan looks incredibly menacing in this bulky black hooded cloak, underneath which he’s wearing a skirt-thingie made out of strips of fabrics, leathers, and furs. His hood has giant antlers attached to it, one of which has a skull impaled on it, and around his waist he’s got a mammoth/orc hybrid skull bound with twine. According to Damtoys, they used real wool and real hemp twine!

The show-stealer, other than Gul’dans epic mountain man beard, is the super intricate staff. It’s essentially a bunch of different species of skulls stuck on a gnarled stick, bound together with twine and maybe intestines, who knows with orcs? Am I right?

Ahem. Well, the biggest of the skulls, a bovine-type creature, has the Horde insignia painted on it in red, which looks awesome. In fact, every square inch of the Gul’dan statue is awesome and covered with skulls and red accents. Even the back of his cloak has (you guessed it) another giant skull!

Gul’dan is perched on a base that looks like a chunk of driftwood, and is mostly covered by the shredded tassle bits on the edge of his cloak. Somewhere on the base I assume is a switch that turns on the pulsing green LED’s (apparently called “breathing lights”) in Gul’dans eyes that give him the whole possessed-by-the-Fel vibe. 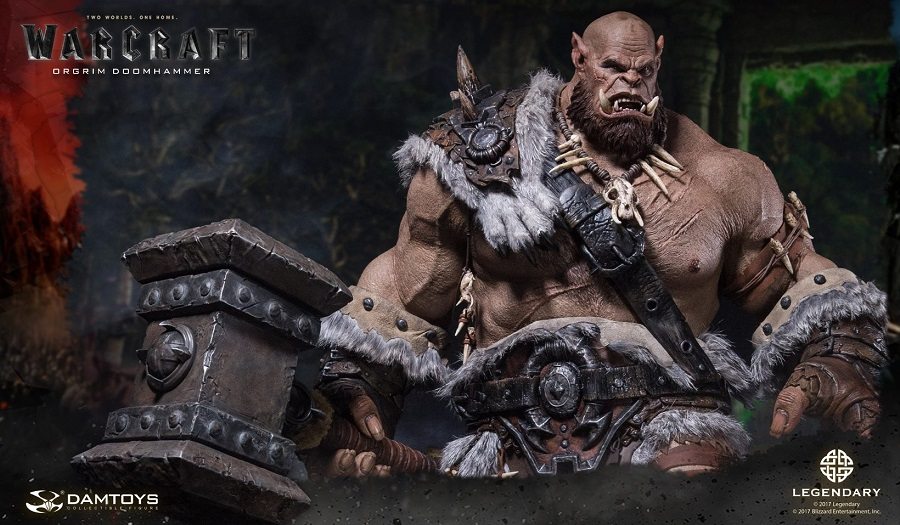 Orgrim comparatively has a lot less going on than Gul’dan, but I think is almost cooler for it! His costume is mostly just strips of wolf fur, exposing the highly detailed and realistic skin texture and scars that we took their word for with Gul’dan. Orgrim is rocking a leather buckle over his chest keeping his wolf claw in place, which looks very realistic, down to the bone claws.

Orgrim is also wearing a bone necklace with some small creatures skull hanging from it. His fur loin cloth thing is armored and covered with skulls and bones (I’m sensing a theme here), as well as his fingerless glove/leather gauntlets. I think my favorite part about Orgrim’s costume though are these massive iron boots. They’re all damaged and pointy and badass, and the back is all wolf fur and leather, making it look incredibly realistic.

The back reveals a row of bone spikes going down the wolf-pelt shoulder guard, and some more skulls hanging from it. Orgrim is posed with his weapon of choice, a giant wood and iron hammer with a leather and fur wrapped hilt. Instead of drift wood, Orgrim is standing on a more circular base that looks like mossy rocks.

Both figures have a ton of detail going on, and look incredibly movie-accurate. The scars and snarls are really selling it for me, as well as the fur and fabric details. You can tell a lot of thought was put into this to create a statue you’ll be proud to display in your game room. Or living room! I’m not trying to tell you how to live.

How much will these Warcraft Epic Series statues cost and when will they ship?

Okay, bad news first: Gul’dan is going to run you dedicated collectors $1,400, and Orgrim isn’t too much better with his $1,140 price tag. They’re not up for pre-order yet, but should be pretty soon. Good news? You won’t have to wait a full year to see these bad boys in person, they’re expected to ship fall 2017! So, ¾ of a year!

Check out the gallery below to get your fill of Warcraft badassery! 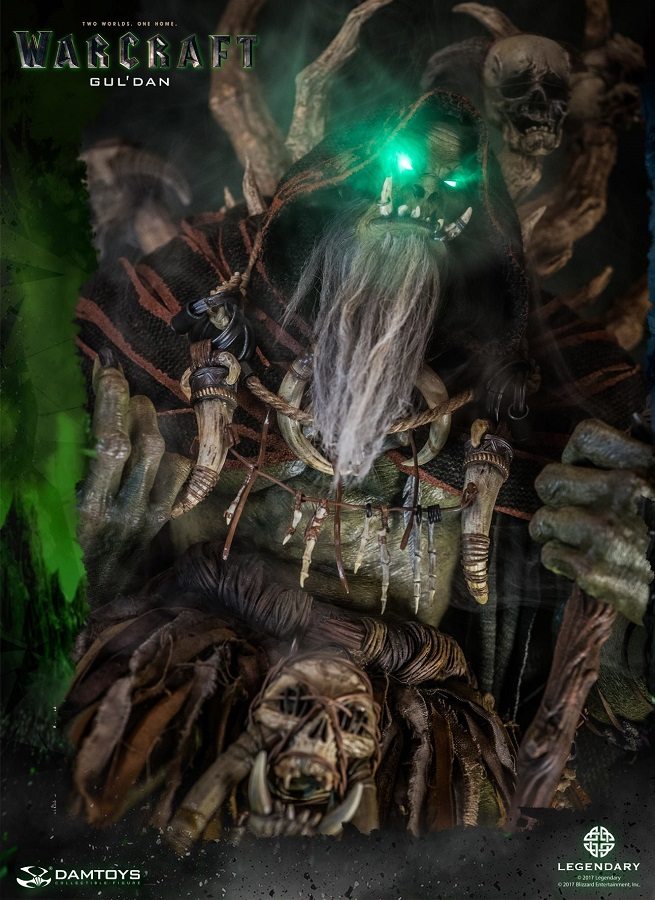 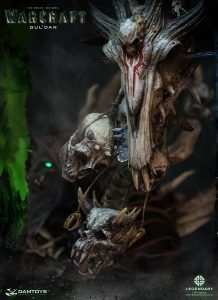 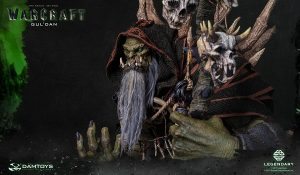 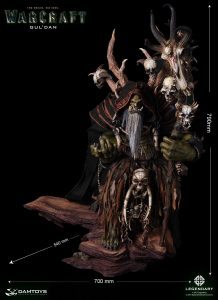 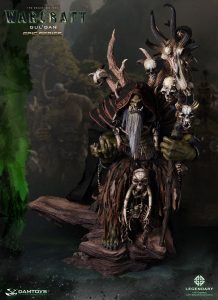 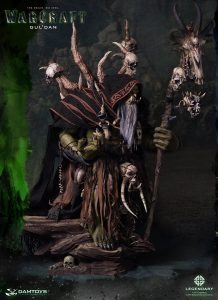 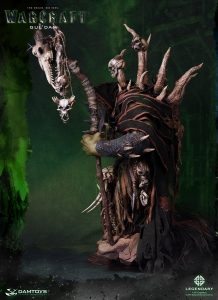 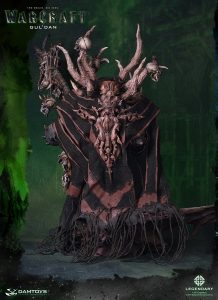 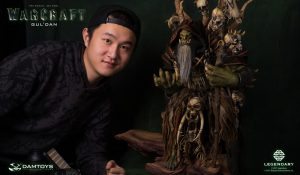 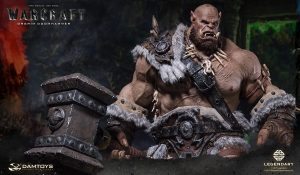 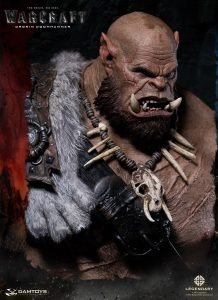 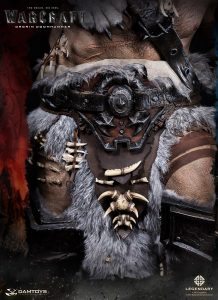 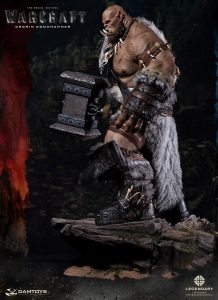 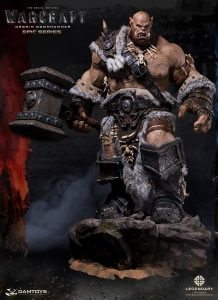 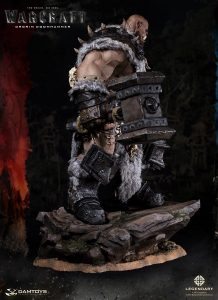 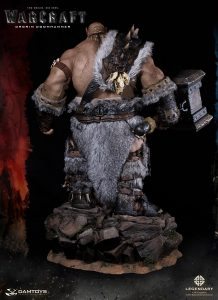 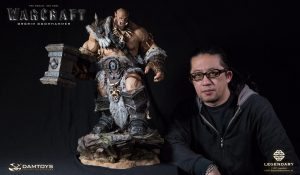