Han Solo and Chewbacca Are Back In Action 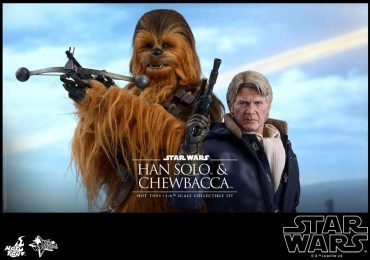 Back In Action Figures, That Is, With the Hot Toys Movie Masterpiece Line

Hot Toys has a reputation for making people’s jaw hit the floor anytime they make a figure. And that definitely holds true with two new figures, based on Star Wars: The Force Awakens, being added to the Movie Masterpiece line. Get ready to feast your eyes on the Hot Toys Movie Masterpiece Han Solo action figure, together with his trusty companion Chewbacca.

Both of the figures will be made in 1/6 scale and will feature accurate and authentic movie likenesses. Every aspect of Harrison Ford is perfectly recreated on this figure. A completely new sculpt has been developed for this figure, while the real fabric outfit was finely tailored to recreate every little detail seen in the film, including his winter gear. Han will arrive with a newly designed blaster pistol, interchangeable hands, and a stand for posing and for displaying. 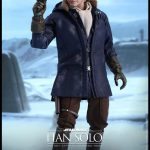 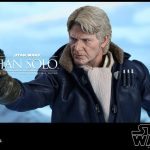 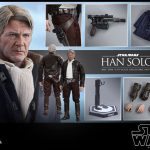 Chewbacca will also have interchangeable hands, and will come with his signature Bowcaster. The famous Wookie was created using multiple layers of fabric hair with various shades of brown, which make his unique hairy appearance spot on. Besides his weapon, he will also come with his bandolier, as well as a stand for display. 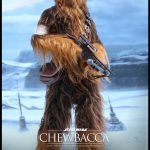 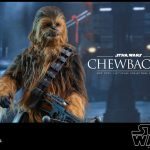 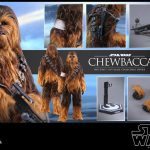 You can purchase the figures separately, but if you pick them up as a bundle, you will also receive 3 thermal detonators, a remote detonator, and 2 Starkiller Base-themed bases attachable to Han Solo and Chewbacca’s hexagonal figure stands. 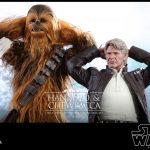 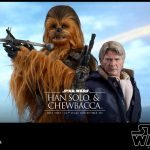 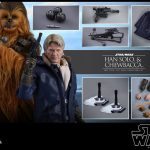 The figures are currently up for pre-order on Sideshow Collectibles, the Big Bad Toy Store. The price for Han is $244.99, while Chewie costs $279.99. The bundle is set at $519.99. The estimated release date is sometime during the 4th quarter of 2016. Although the figure might be a bit expensive for someone’s tastes, you have to be aware that with Hot Toys, you get what you pay for, and these amazing figures are no exception. Definitely a must-have for any Star Wars collector.