The Bride of Chucky 2-Pack Is Getting Closer To Release!

NECA have now revealed the packaging for the Bride of Chucky 2-Pack and it looks fantastic!

On the cover is the theatrical poster for Bride of Chucky and on the back there’s plenty of images of the diabolical duo and their assorted accessories! On the side’s there’s pictures of Chucky and Tiffany from promotional material from the film.

On the inside there’s a big glossy picture of them and a window displaying the figures and all their accessories. The frame has stitches around it replicating Chucky’s patched together skin.

This two-pack is expected to be released within in a few weeks and is a must have if your a Chucky fan or a fan of NECA’s Ultimate Horror figures. 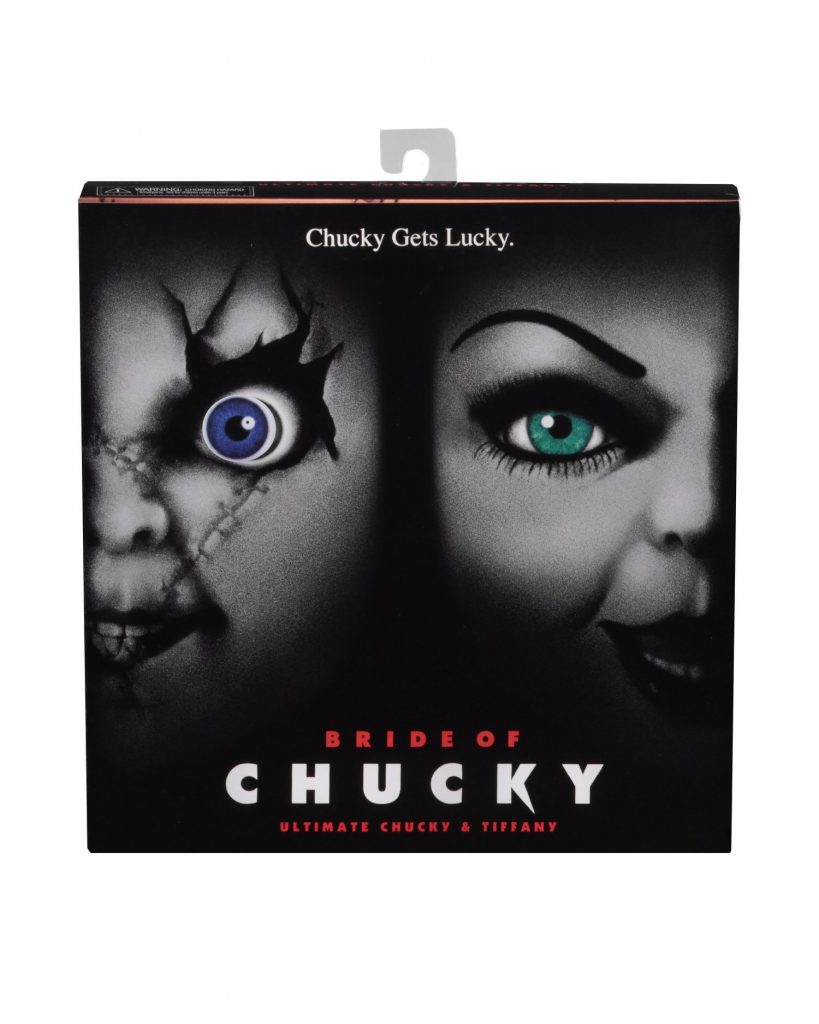 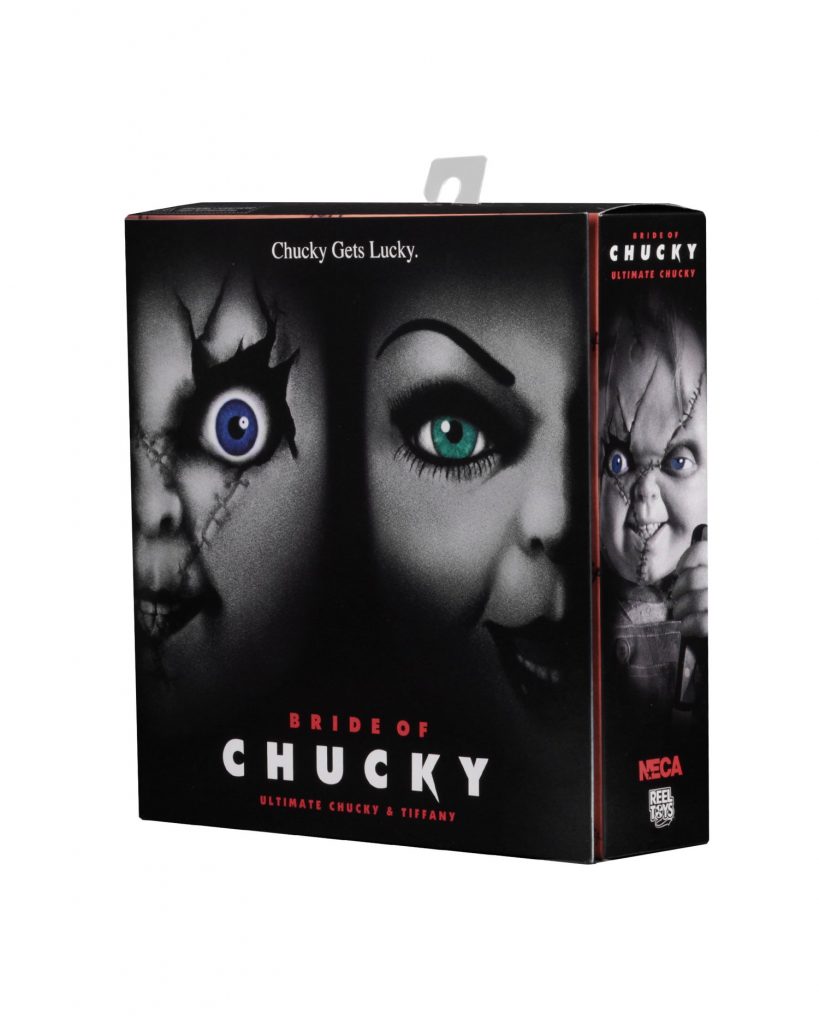 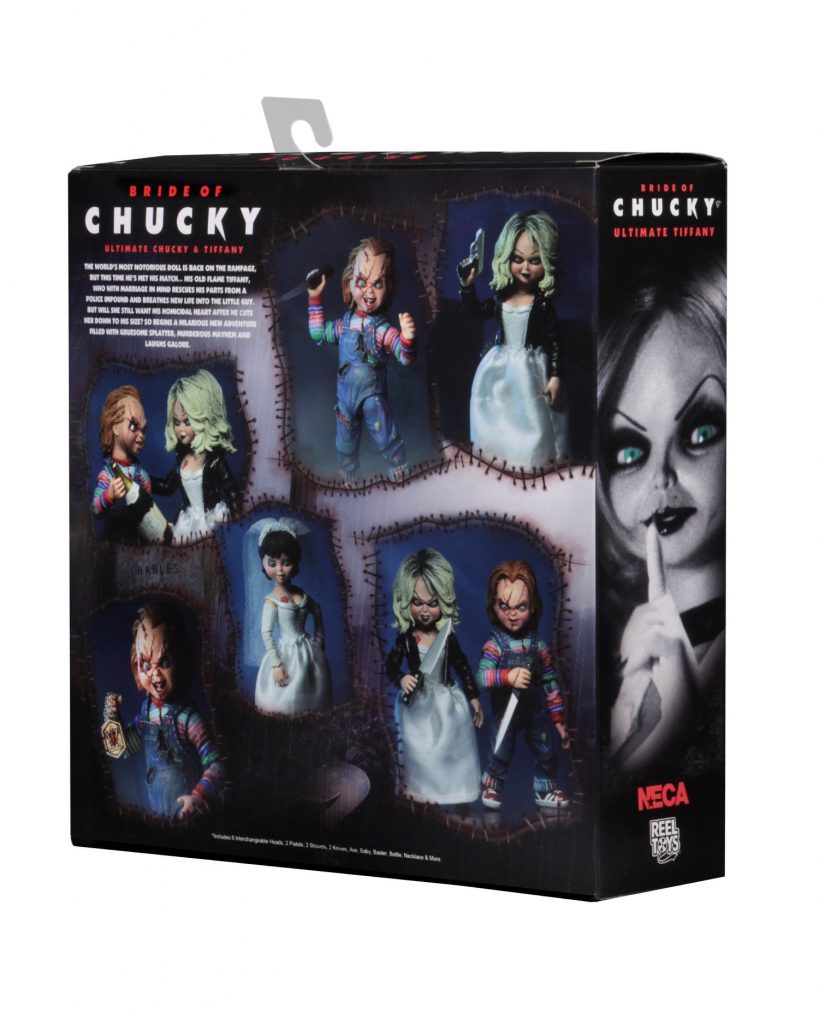 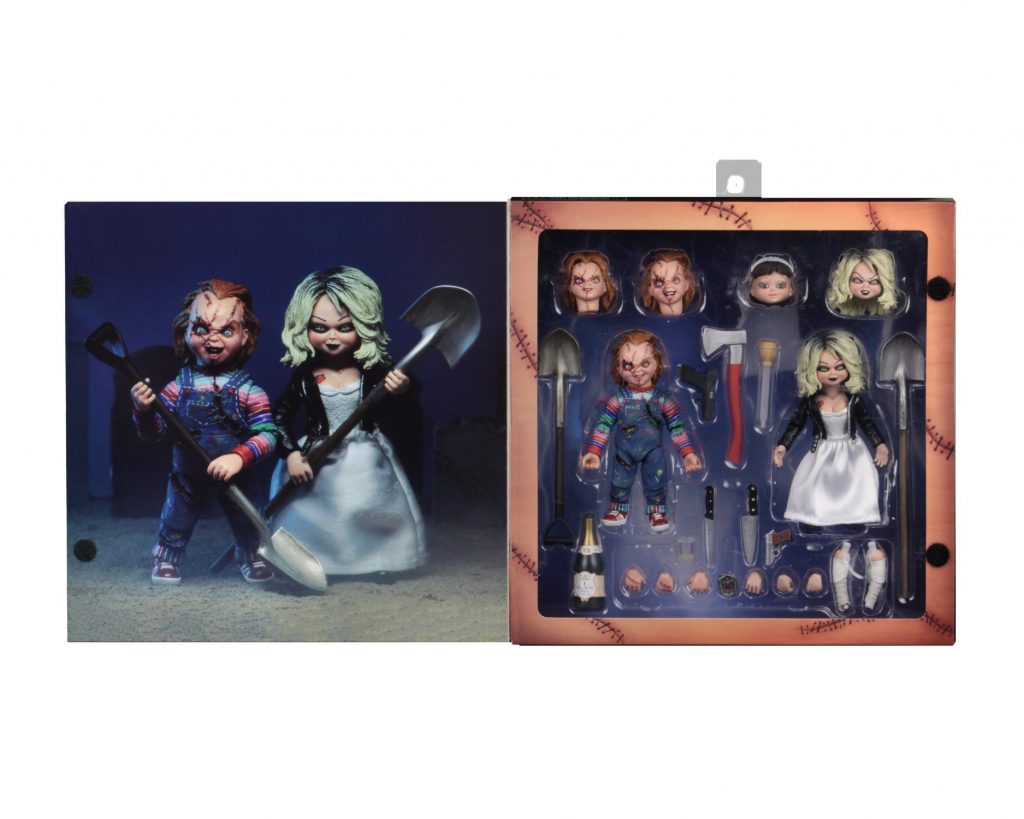