Outfit Your Aliens Colonial Marines Action Figures With the Best!

There are a number of Aliens Colonial Marines action figures coming out, or just arrived on the market. For example, we recently had the chance to review the Colonial Marines from Hiya Toys, and there’s a lot to like with those figures. 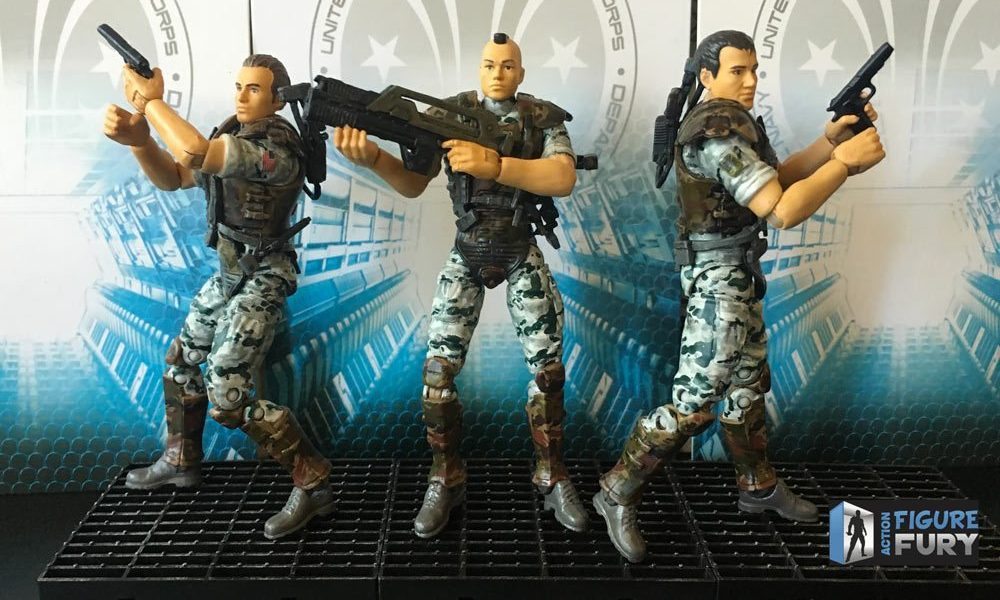 Hiya Toys did an amazing job packaging and protecting the whole Aliens Colonial Marines set, which arrived in perfect condition. And for a little box-ception, if you will, the window on the actual package (the box inside the box… get it?) generously displays the Marine and his accessories in all of their plastic glory, also providing a peek at the United States Colonial Marine Corps logo from Aliens. However, after opening the package I noticed the USCMC logo on the removable card in the box was upside down, in contrast to the tiny logo [Click here to read more…]

However, when it comes to Aliens action figures, I’d say NECA is the King of the Hill right now. And recently, they’ve been revitalizing their Aliens line-up by releasing figures that were either only available through Cons, such as Newt, or popular figures that had gone out of production, such as Hudson and Hicks.

So of course, the logical next step is to make sure they’ll all decked out and able to take on those troublesome, acid-blooded aliens. And what better way to outfit the Aliens Colonial Marines than with an awesome weapon pack? Check out this arsenal, in a recently tweeted photo from NECA: 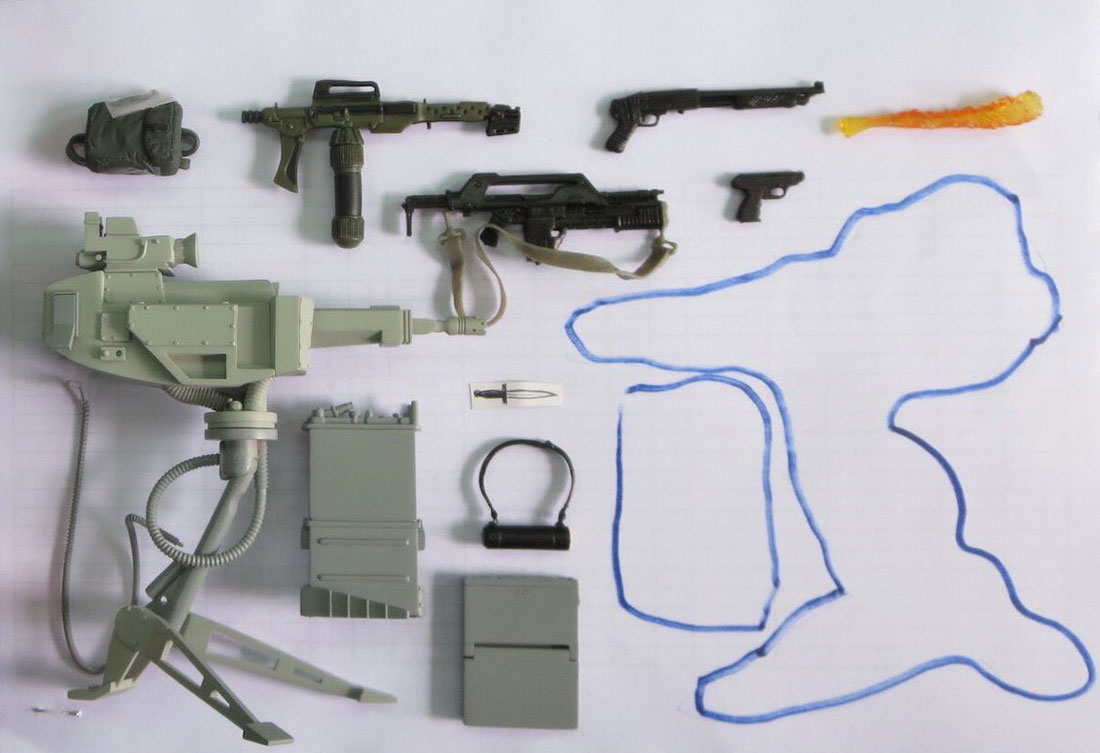 The pack, drawing from this preview, will include two sentry guns, ammo packs, a flamethrower, flame effects piece, pulse rifle, pistol, knife, flashlight, a laptop and a shotgun. Basically, everything a marine (or Ripley) needs to lay the smack down on the Aliens. NECA hasn’t revealed any additional details yet, such as when the pack is expected to be ready, or when it might be pre-ordered, but we’ll definitely be keeping an eye out for additional details.

Also, keep in mind, as this is a preview of a work in progress, the contents of the pack and / or other details may change.