Action Figure Scales – All You Need to Know

If you were to look up scale in the dictionary you would see that it says it is a proportion used in determining the dimensional relationship of a representation to that which it represents. In other words, scale refers to the relation to a normal sized object.

1:4 scale is a popular larger scale action figure. They are usually articulated and have hair and removable clothing. Some people will refer to figures this size as dolls.

This scale was the scale that the very first action figure (G.I. Joe) was. One of the more popular companies today that make 1:6 scale action figures is Hot Toys. They usually have unreal articulation and look like real people. They are very expensive but you probably won’t be disappointed.

This scale was first created by the Mego toy company. One popular line was the World’s Greatest Heroes line of 8″ action figures in the 70s and 80s. Other action figure lines followed using this size and quickly became popular. G.I. Joe actually shrunk down to this size.

This scale was seen by action figure lines like Marvel Legends and DC Universe.This size along with 1:12 is more popular with adult collectors instead of kids.

This scale was very popular in the 90 with lines like Last Action Hero, Congo, and Jurassic Park. This scale almost killed the 3.75″ line in the 90s and will not be forgotten.

1:18 scale is by far the most popular action figure scale. I have taken a poll in the ToyArk forums and 70%+ of the collectors there prefer 3.75″ figures than any other. You can get figures in this size with lines like G.I. Joe, Marvel Universe, Star Wars, etc. 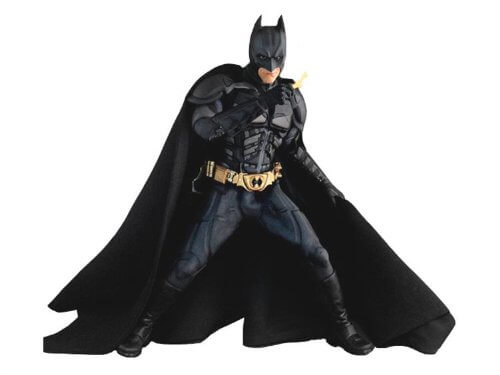 What is your favorite of the action figure scales? Why?

Falling out of Love: When a Collector’s Tastes Change***

Public Service Announcement: Don’t Open Your Toys (Step Away From the Box)

Throwback Thursday and back again

4 Comments on Action Figure Scales – All You Need to Know