A Call to Action (Figures): Hasbro

When I started collecting action figures, I was all about Hasbro. They made Marvel Universe, Star Wars, and G.I. Joe in the same 3 and ¾ inch scale. What was there not to love? The problem is that Hasbro has every major license except for D.C., and thus no real competition to push them to maintain or higher the quality of their figures. Their partnership with Disney has given them a Monopoly.

It wouldn’t be a problem if Hasbro pushed themselves internally, but I’ve noticed a serious let down in production quality in the movie figures and the figures from Marvel Legends and Marvel Infinite. G.I. Joe has been in and out of stores since the movies. The only area they’ve improved in are Star Wars figures, which now, thank Hasbro, have more than five points of articulation finally. But the eyes of two of the three figures I bought from the latest wave of Marvel Infinite figures had messed up eyes paints. I didn’t buy any Age of Ultron figures because Hasbro sat on their hands and repacked Avengers figures from the last movie releases for the most part. 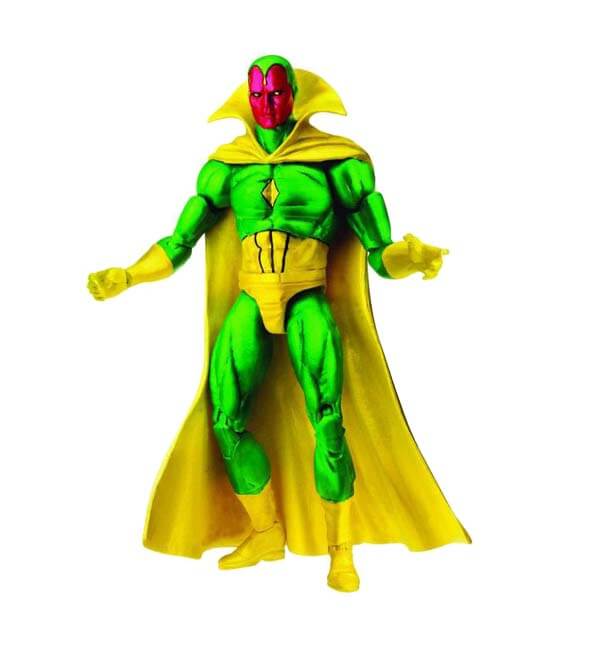 Part of the problem may be that the quantity of action figures they’re being asked to make is too much for them to handle, but that’s not really an excuse for a company of any side. If business is booming so hard that it can’t keep up, expand. Satisfy the market. Make more money. That’s the basic goal of a business, isn’t it?

Hasbro’s lockup of all of these licenses and subsequent production of at times good but more often just passable action figures is stopping companies like McFarlane, NECA, Funko, Threezero, and Mattel from growing too. Which is probably Hasbro’s goal, to be fair, and all of those companies have found interesting ways around it whether it be scooping up adult/vintage licenses, making bobble heads, working with sports teams, or merchandising television. I hope when it comes time for Disney and Hasbro to renegotiate though, Disney goes with one of the underdogs. Not for the sake of fairness, but in the interest of satisfying the market with higher quality products. Less repackages and reused bodies.

Of course, that’s Disney’s decision to make. We could force their hand by boycotting, but I for one don’t have the fortitude to give up Marvel, Star Wars, G.I. Joe, and Transformers for the amount of time necessary to really hit them, and I fear these markets are primarily interested in selling to kids. I want to say that’s a shame because so many adults are now collecting action figures, but I understand that kids are still the primary market share.

A Call to Action (Figures) is a weekly column published on Wednesdays, chronicling my rants and raves about all things action figure. Next week I’ll be talking about who won San Diego Comic Con.

Did I get it right? Is Hasbro as bad as I say they are? Will you boycott? Or are they the greatest? Let me know in the comments!

A Call to Action (Figures): Throwdown in Gingerbread Town II: The Rethrowdownening

A Call to Action (Figures): Variants

A Call to Action (Figures): Points of Articulation

9 Comments on A Call to Action (Figures): Hasbro