If you are a collector you may have a good story about how you started a collection. You probably know exactly what line you started with whether it was transformers, Star Wars, or maybe G.I. Joe. If you are a collector of action figures there are 5 Action Figure Lines You Must Know and be familiar with. The following are the most well-known action figure lines through history.

G.I. Joe was the very first action figure to hit the market. The term “action figure” actually originated with G.I. Joe. Their popularity has gone up and down through the years but G.I. Joe will never disappear.

The Teenage Mutant Ninja Turtles or TMNT got its start on TV in the 80’s and continued through the 90’s. Playmates created an action figure line that caught on and TMNT became a popular action figure line. I can remember TMNT on TV when I was a kid, I loved that show.

Star Wars action figures became instantly popular with the release of the first movie in 1977. Star Wars is going to be popular for many years to come. It has proved it self through all the original movies, prequels, and modern cartoons. Star Wars action figures conquer toy isles around the world. Popular characters are Darth Vader, Luke Skywalker, and Han Solo. (this is by no means a complete list) 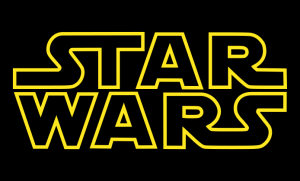 The start of Transformers began in Japan with Takara and in 1984 Hasbro brought the extremely popular Japanese toy to North America. The best thing about transformers is that they are two toys in one! They transform from a car into a robot and back again.

Masters of the Universe

Some action figure lines catch the public’s attention while others just fall flat on their face. Masters of the Universe was one that caught their attention and took off like a rocket. Mattel did a good job mixing fun with imagination.

What action figure lines could be added to the 5 Action Figure Lines You Must Know?

Falling out of Love: When a Collector’s Tastes Change***

Public Service Announcement: Don’t Open Your Toys (Step Away From the Box)

Throwback Thursday and back again