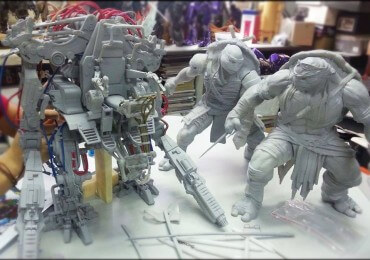 Threezero, the Hong Kong based action figure manufacturer, is at it again. They have provided their fans with a sneak peek at what they are working on, which includes 2014 Movie and Comic Teenage Mutant Ninja Turtles, The Matrix, and much, much more. 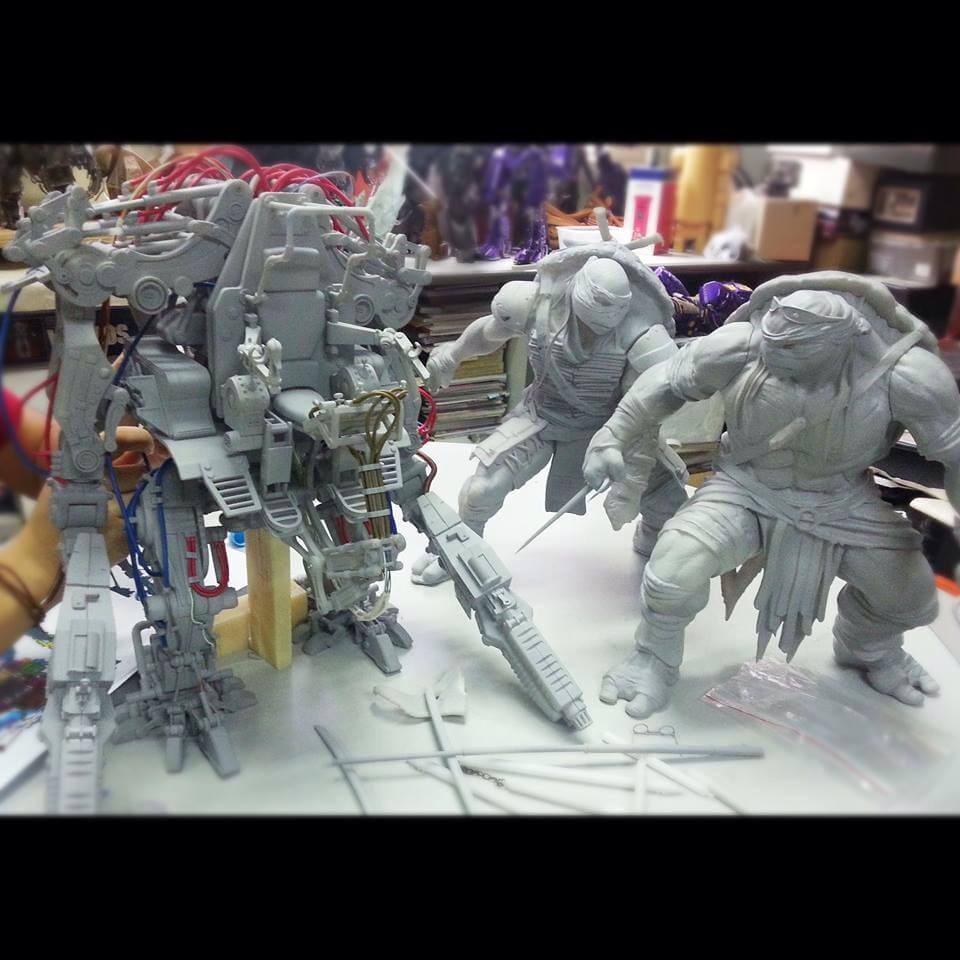 In my opinion, the behind the scenes images that Threezero releases keeps collectors excited about the brand and what’s to come in the future. With Teenage Mutant Ninja Turtles currently in theaters, Threezero provides us with the first look their upcoming TMNT 2014 sixth scale figures. They say they will be making all four Turtles, which will come with fabric clothing, be fully posable, and feature removable accessories.

The Matrix APU that is also seen in the behind the scenes image is going to be in the 1/12th scale and come with a 6″ tall pilot action figure. The APU can also been seen in the first blue-print like teaser image at the bottom of the page. 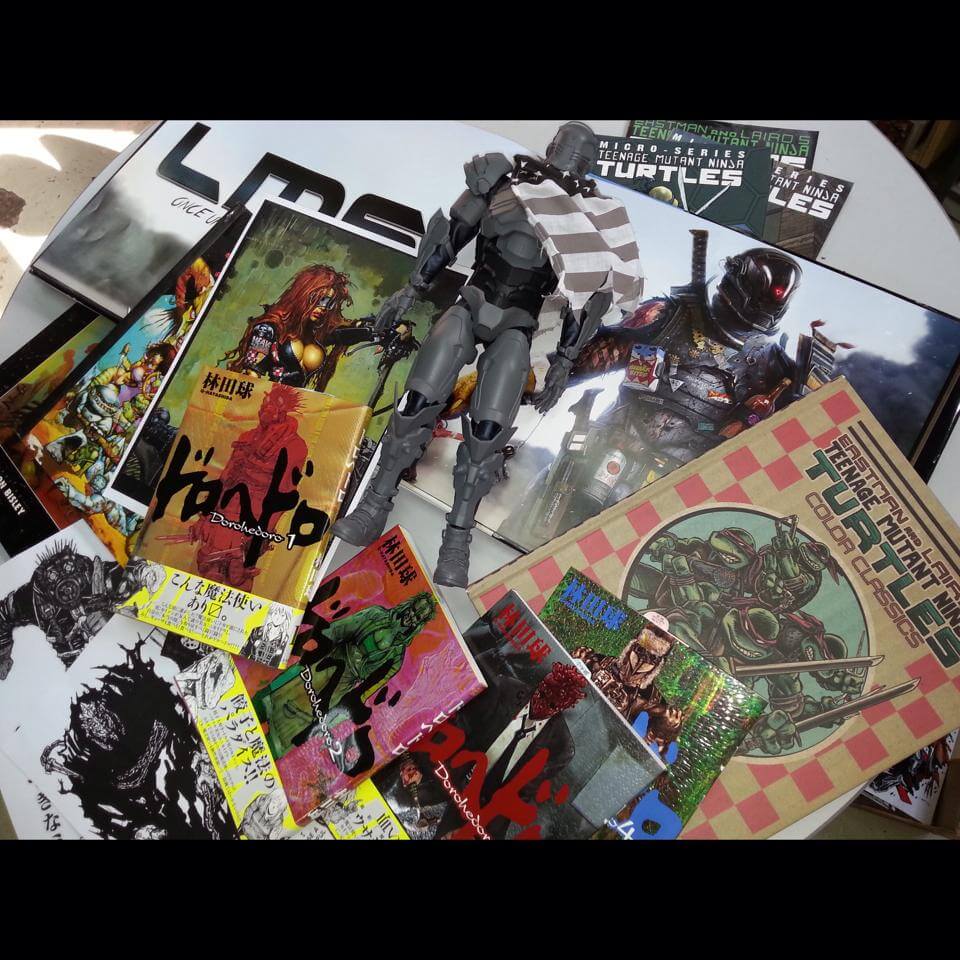 Finally, just before San Diego Comic-Con 2014, Threezero released this other teaser image, teasing their LMS: Last Man Stading Gabriel sixth scale figure, Comic based Teenage Mutant Ninja Turtle sixth scale figures, and several other projects that are slightly harder to identify. If you can solve any of the hints in the image below, let us know in the comments.

For those of you wondering what happened to Threezero’s The Walking Dead, Game of Thrones, and Robocop sixth scale figures, they say they are working on all of them and will update with more information when they are ready to be shown. They aren’t trying to rush any of their releases, but instead take their time and release insanely awesome collectibles for the fans.

2 Comments on 2014 Movie and Comic Teenage Mutant Ninja Turtles, The Matrix, and More Coming from Threezero